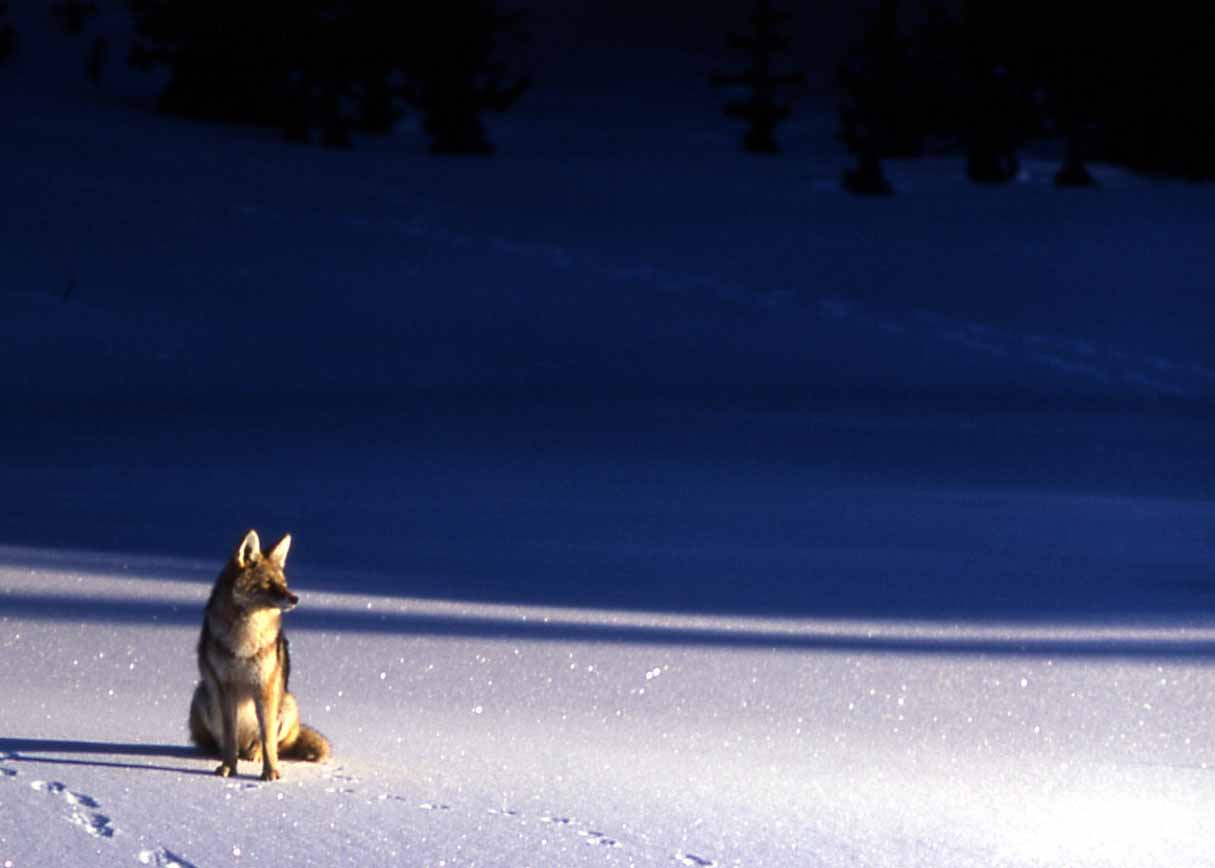 There’s an old riddle out there that says “the more there is of me the less you see. What am I?”

The answer is darkness.

But Joe Zaffuto isn’t buying it. Not totally, anyway.

He hunts predators, and has for 40 years. He’s done it during the day, after dark, using dogs, using bait and using calls.

Calling coyotes, foxes and bobcats after dark is his favorite way to go, though. And in that world, he believes more darkness is better than less.

The Pennsylvania man is, after all, owner of Night Eyes, a predator light manufacturer. His company makes headlamps, gun lights and handheld lights that pierce the inky blackness.

And he certainly uses them. He takes two afield each evening, in fact, one a headlamp for scanning and another a gun-mounted light for shooting.

But he’s careful in how he deploys them.

That’s because improper “light discipline,” as he calls it, spooks predators and often eliminate any chance to pull a trigger.

“You can get away with a lot more mistakes hunting in the daylight or with thermal or night vision. You can’t make many mistakes at night when you’re using lights,” Zaffuto said.

There are three mistakes in particular he avoids.

First, he’s careful to never use too much light.

“Scanning with too bright of a light will cost you more predators than probably almost anything,” Zaffuto said.

“Human nature says the brighter things are the better. But if you turn your scan light up too high, you’ll see further but shoot less.”

He typically runs his adjustable headlamp – always set to shine red — at just 30 percent of its maximum capability. On nights with a half moon or more he might bump that up to 40 percent.

He can still pick out a predator’s eyes at 300 yards that way. But that amount of light doesn’t “burn” it, or shock it the way a ceiling light does when someone turns it on in a dark room in the middle of the night at home.

Instead, they become conditioned to accept that lower level of light, he said.

“For the most part, you’re pretty much invisible to that fox or coyote when you keep that scan light on them. They can’t see anything behind the light,” he said. “Hide behind that light.”

Hunters lose that advantage when they carelessly light themselves up, though.

One hunter might point with an arm in the direction he heard something. Another might look down while they walk. A third might set up next to a hay bale. If two hunters are together, one might turn to look at the other.

All of those scenarios bounce light back onto the hunter. That alerts predators to their presence.

It’s why Zaffuto does all of his night hunting in meadows, pastures and fields rather than in the woods. He can not only see a long way – 300 yards downwind and 80 to 100 upwind is ideal – but there’s no chance even a single cornstalk will reflect light back onto him.

“If you can walk in without lighting yourself up, that alone will allow you to call in between 10 and 20 percent more predators,” Zaffuto said.

Third, he’s careful to never have his lights off, even for a second.

That doesn’t mean he runs both at the same time, though. Scan lights and gun lights each have their purpose, and he uses them only at the appropriate times.

“You need a scan light to scan with. You need a gun light to identify your target and shoot with,” Zaffuto said.

So when he’s running his scan light, his gun light is off and the rifle is pointed down, so as not to show up in front of him. When he sees a predator, the gun light goes on and then and only then does the scan light go off.

There’s never any time when both lights are off simultaneously, though.

He often barks once while transitioning from one light to the other. That holds most predators long enough for him to get on target.

“Ten seconds is a lot of time to get those crosshairs on them and make a shot,” Zaffuto said.

Following all of that advice doesn’t guarantee you’ll kill a predator. They’re smart and the night is their world, Zaffuto said.

But that challenge is what makes things so fun.

“If you can harvest predators at night using lights, if you do that successfully, you’ve really accomplished something,” he said.

Check this out, too: How to use pup distress calls to target coyotes