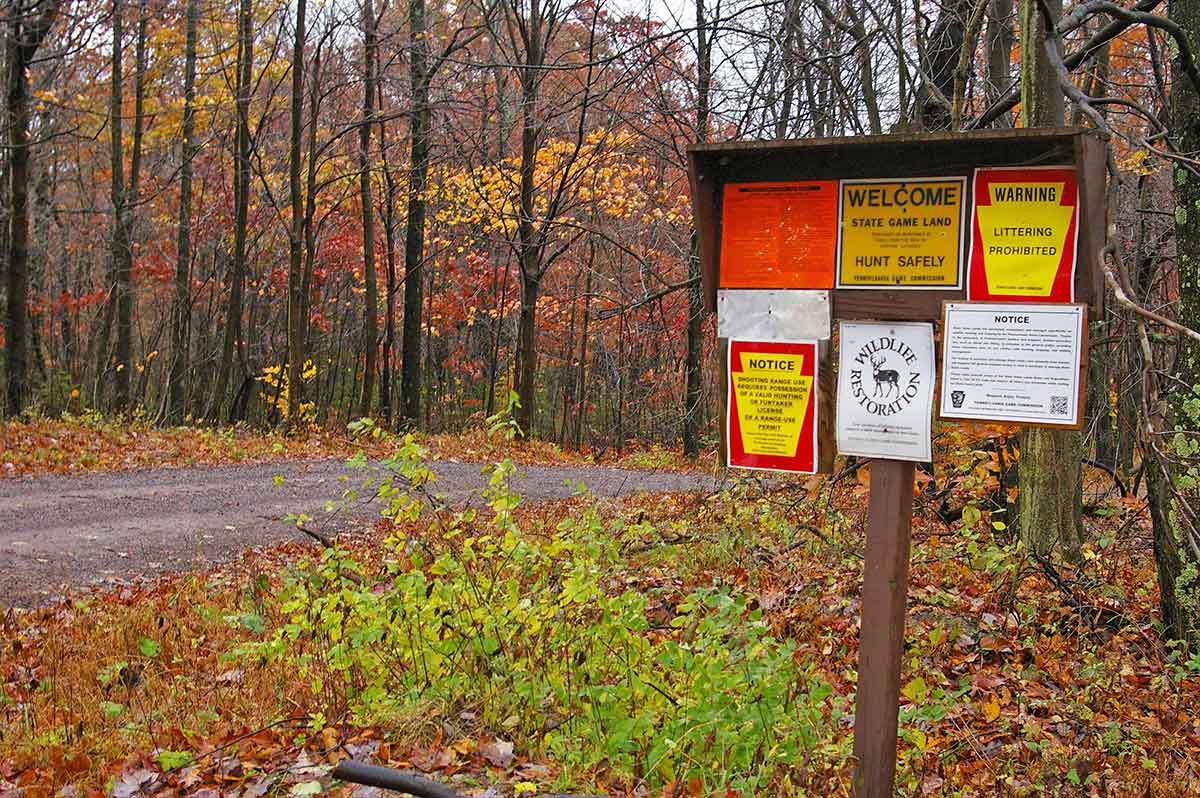 It’s a small change, one many people might overlook.

But it’s part of an evolution of sorts.

Pennsylvania Game Commission officials are hoping it will have at least some impact.

The agency – responsible for managing all Keystone States wildlife for all residents, yet funded solely by hunters, trappers and shooters – is tweaking the names of its state game lands.

Signs on the properties will still identify them as “game lands.” But they’ll also make it clear they are “wildlife management areas.”

That’s to educate the non-hunting public.

The commission conducted two focus groups in fall, one in the southeast region and another in the southcentral, around Harrisburg. Each was made up of 15 people.

Penn State University researchers conducted the groups. They chose the members, too, getting a random yet statistically representative sample

They asked group members questions about their knowledge of who manages wildlife in the state, where they do it and how.

Most, it turns out, don’t know much.

“We deal with it every day,” said Travis Lau, the commission’s communications coordinator.. “When you’re outside of hunting circles, there’s a big unfamiliarity with the Game Commission, that we’re not the Gaming Control Board and so on and so forth.

“And that certainly came out in the focus groups.”

For starters, few make the connection between “game” and “wildlife.”

“There’s not a lot of familiarity with a lot of folks with the term game. That goes for the agency name, certain species of wildlife referred to as game. They just don’t get it,” said Travis Lau, the commission’s communications coordinator.

“They think that game is something you play in the den or watch on Sundays on TV.”

At the same time, few differentiate between state parks and state forests and state game lands and even county parks.

Lau said the commission does a lot of habitat work – timber cuts, food plots and controlled burns – to benefit all manner of wildlife on its game lands. It would like people to understand that.

But few do, he added. Public land is public land to many.

“We’re just trying to better promote what state game lands are and what the agency does with them,” Lau said.

Right now, most signs on state game lands say something like “state game lands” and either “public hunting” or “hunt safely,” Lau noted. That language will remain.

But newer versions will, in addition, identify the game lands as “wildlife management areas.”

“That goes a long way to better describing the purpose of these lands, trying to make it clear to folks that game lands are actively managed for wildlife,” Lau said.

The commission is not rolling out new signs all at once. Rather, new ones will go out as old ones need replaced.

There is no similar plan to change the name of the agency itself.

Some previously suggested it might better call itself the Pennsylvania Wildlife Commission or something similar, rather than the Game Commission.

But Lau said the desire for the agency to keep its current name is “stronger than you might think,” not just among agency employees themselves but hunters, too. And the commission is sensitive to that latter group in particular, given that they are “our strongest supporters” and those who pay for wildlife conservation.

Check this out: 12 possible changes for PA hunting seasons next year