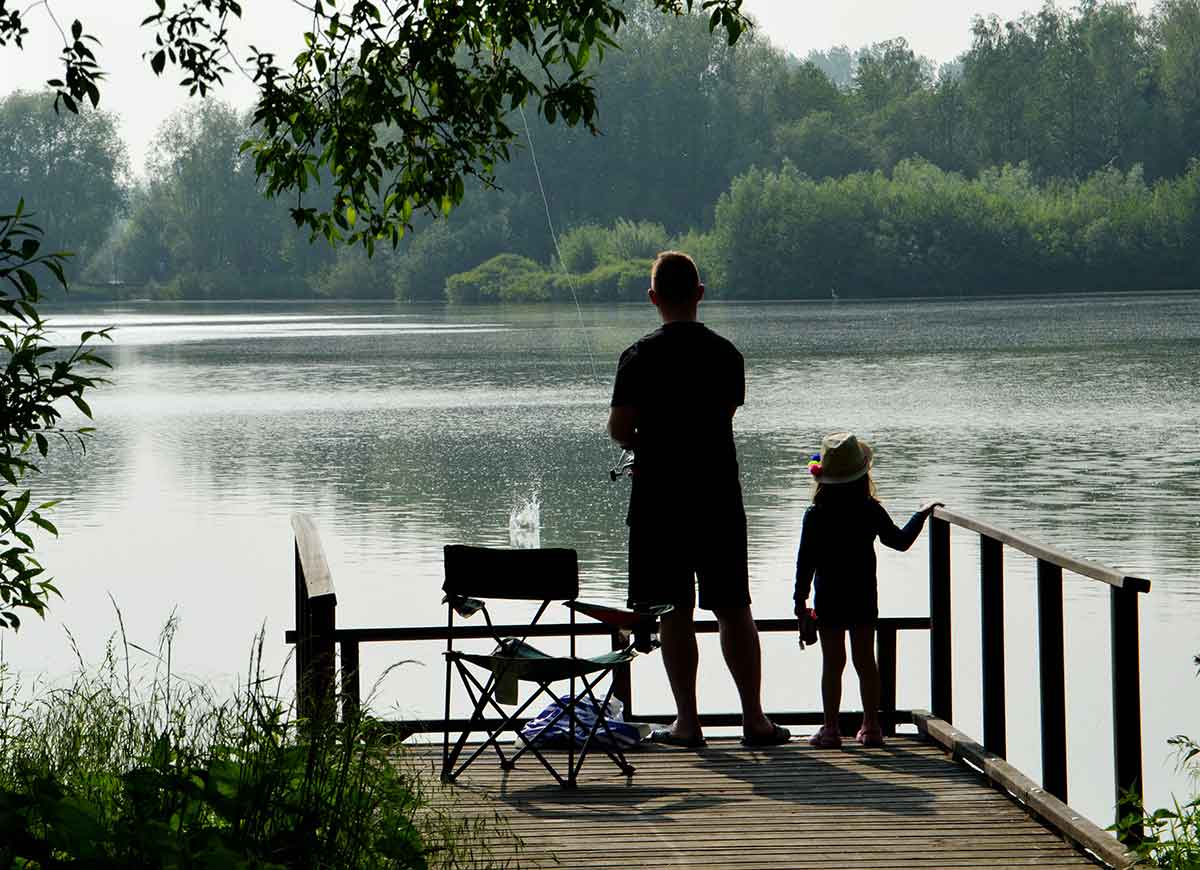 Americans support fishing, as well as hunting, trapping ans shooting, even if they don’t do it themselves.
Photo: Pixabay

Intent matters, in the woods, on the water and at the range.

So say your neighbors.

A new study – “American’s Attitudes toward Hunting, Fishing, Sport Shooting and Trapping” — says most people across the nation support those activities. But, it adds, that approval ebbs and flows based on sportsmen’s and women’s motivations.

Hunting to bring home food, for example? The report says 82 percent of people – four out of five across the nation – are OK with that.

But hunting for “the sport?” Only 42 percent of Americans are on board. For the “challenge?” That’s 33 percent. And for a “trophy?” That’s 24 percent.

Responsive Management, a Virginia-based polling firm specializing in natural resource and outdoor recreation issues, did the study for the Association of Fish and Wildlife Agencies. To get answers, it interviewed a statistically-valid subset of people 18 and older across all regions of the country.

The overall results are consistent with previous findings dating back as far as 1995, said Mark Damian Duda, president of Responsive Management. Most Americans – a large majority, in most cases – support the activities, even if they do not plan to participate themselves.

Fishing is the most accepted of the four activities, with 93 percent support, trapping the least, with 52 percent.

Now, it’s not all about motivations. There are other factors impacting the level of support for each activity.

Responsive Management broke the nation into four parts for the study: Northeast, Southeast, Midwest and West.

Midwesterners, followed by those in the Southeast, are more supportive of hunting, fishing, shooting and trapping, across the board, than other Americans. Those in the Northeast are consistently the least tolerant.

In each region, rural residents voiced greater support for the outdoor sports than did urban ones.

Technique is a second.

Americans, the study said, are more supportive of consumptive recreation if the quarry being pursued has a reasonable chance to escape. In short, fair chase matters.

Nationwide, a large majority of Americans – between 84 and 91 percent – approve of fishing with flies, lures and bait, for example. They’re far less supportive of gigging and snagging even where that’s legal.

Similarly, people like the idea of hunting with a bow better than they do hunting with “high tech” gear or on a property surrounded by a high fence.

Race is a third.

Whites support of each activity in larger numbers, Responsive Management said, than are blacks or Hispanics. But a majority of people of all races support hunting, fishing and shooting.

Trapping is the exception. It is, by far, the “most controversial” of the four activities measured, the report said.

But more blacks, and almost as many Hispanics, oppose trapping as support it.

But there is no group of people, based on race, where a majority opposes trapping. Some in each category expressed indifference.

Add it all up and a majority of Americans, and in many cases a large majority, still support legal hunting, fishing, trapping and shooting.

Yet, that’s not so say challenges don’t lie ahead.

There is a lot of other research out there showing that participation in hunting, fishing and trapping is in decline.

Other studies show that how Americans view wildlife is also shifting, with a growing number seeing animals as “part of their social circle.”

And the diversity of the country is changing.

The Hispanic population in particular is rising, and – together with blacks – is expected to make up a majority of America’s population by 2045, according to the U.S. Census Bureau.

None of those are strongholds for outdoor sports.

“Higher approval of all four activities (hunting, fishing, shooting, and trapping) is correlated with being male, white, living in a rural area, living in the Midwest or Southeast regions, and growing up with firearms,” Responsive Management concluded.

“Conversely, lower approval of the activities is associated with being female, Hispanic, black, living in an urban area, living in the Northeast or West regions, and not growing up with firearms.”

Approval for hunting based on species

Ever offered someone a taste of wild game and had them turn away?

Responsive Management said only 43 percent of Americans ate wild game at some point in the 12 months prior to being surveyed.

In only one region of the country – the Midwest – did more than half of people say they’d done so. There, 55 percent did.

Still, meat apparently matters. Nationwide, approval of hunting varies, sometimes significantly, based on the species being hunted. Americans are, it appears, more supportive of pursuing prey than predators.

According to Responsive Management, 78 percent of people across the country are OK with hunting deer and turkeys. Seventy-four percent support hunting ducks, 72 percent rabbits, 66 percent elk, and 65 percent squirrels.

Then there’s the really big game.

Only 14 percent of Americans support hunting of African lions, Responsive Management said. And just 7 percent are OK with hunting elephants.

The oddball is alligators. Sixty-one percent of Americans say it’s OK to target them.