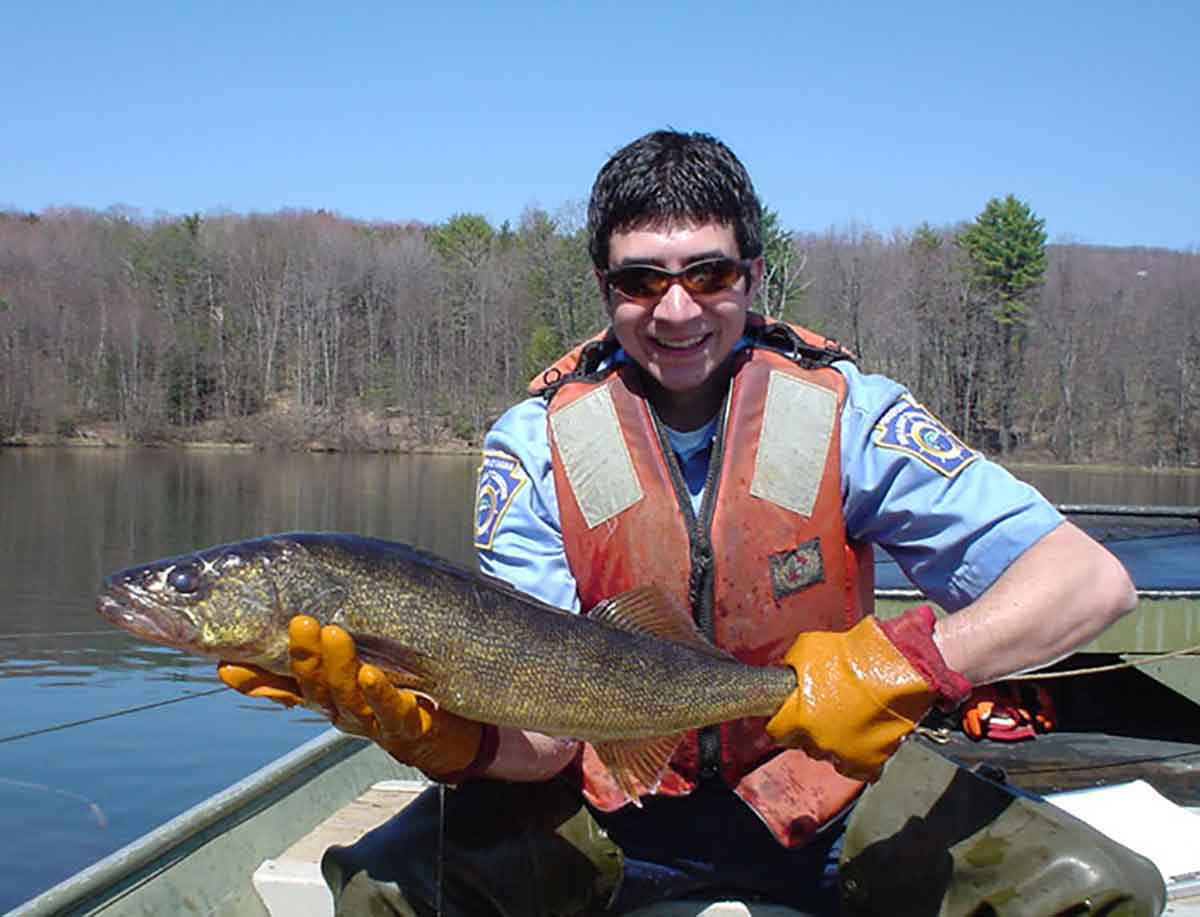 This is a story that reveals perspective.

Those who are glass half full types will see it as evidence that the Pennsylvania Fish and Boat Commission’s walleye stocking program works. Those who fall on the glass half empty side of things will see this as a case of good intentions unfulfilled.

Maybe it’s a story of both.

It was just in 2016 that Green Lick Lake in Fayette County was a bit of a walleye fishing hot spot. The 101-acre commission-owned water was home to lots of walleyes, and some sizeable ones.

A commission survey turned up 72 walleyes – 58 per hour, in survey time – stretching between 8 and 22 inches. Mike Depew, a biologist in the commission’s area 8 office in Somerset, labeled that “fantastic.”

Crews re-surveyed the lake this year to see if it’s still doing as well.

Biologists again collected fir between 8 and 21 inches in their nets. But the overall number of fish seen was down significantly.

Two nights of electroshocking turned up 30 walleyes, or 12.2 per hour.

“So there’s definitely been a decline,” Depew said.

If there’s any good news in that, it’s that biologists believe they know what the problem is. It’s that planned walleye stockings haven’t always come to fruition.

Historically, the commission stocked walleye fingerlings into Green Lick on an annual basis. Green Lick got walleyes each year from 2005 to 2015.

What’s more, those stockings included more fish on a per-acre basis than is the average, too, Depew added.

But in recent years, the commission’s warmwater hatcheries have struggled to come up with enough walleyes to meet stocking requests statewide, Depew said. Technical difficulties that took some ponds out of production are to blame, it seems.

It returned to the stocking list in 2018. But the days of annual stockings are probably over.

So, Depew said Green Lick — and most other inland lakes around Pennsylvania – are only getting stocked on an alternate year basis. The commission stocks half of the lakes supposed to get walleye fingerlings in even-numbered years and the other half in odd-numbered years.

This year is, thankfully for walleye anglers, an exception.

Depew said commission hatcheries produced more walleyes than expected. As a result, some lakes – like Green Lick – got additional fish.

That might move the needle a bit, Depew suggested, returning Green Lick closer to its past heyday as a walleye fishery.

“It got fish last year. So it wasn’t even supposed to get them this year,” Depew said. “But it got fish.

“Hopefully that will help out here in the future.”

And coming soon: An opportunity to catch smallmouth bass and other fish near a metropolitan airport