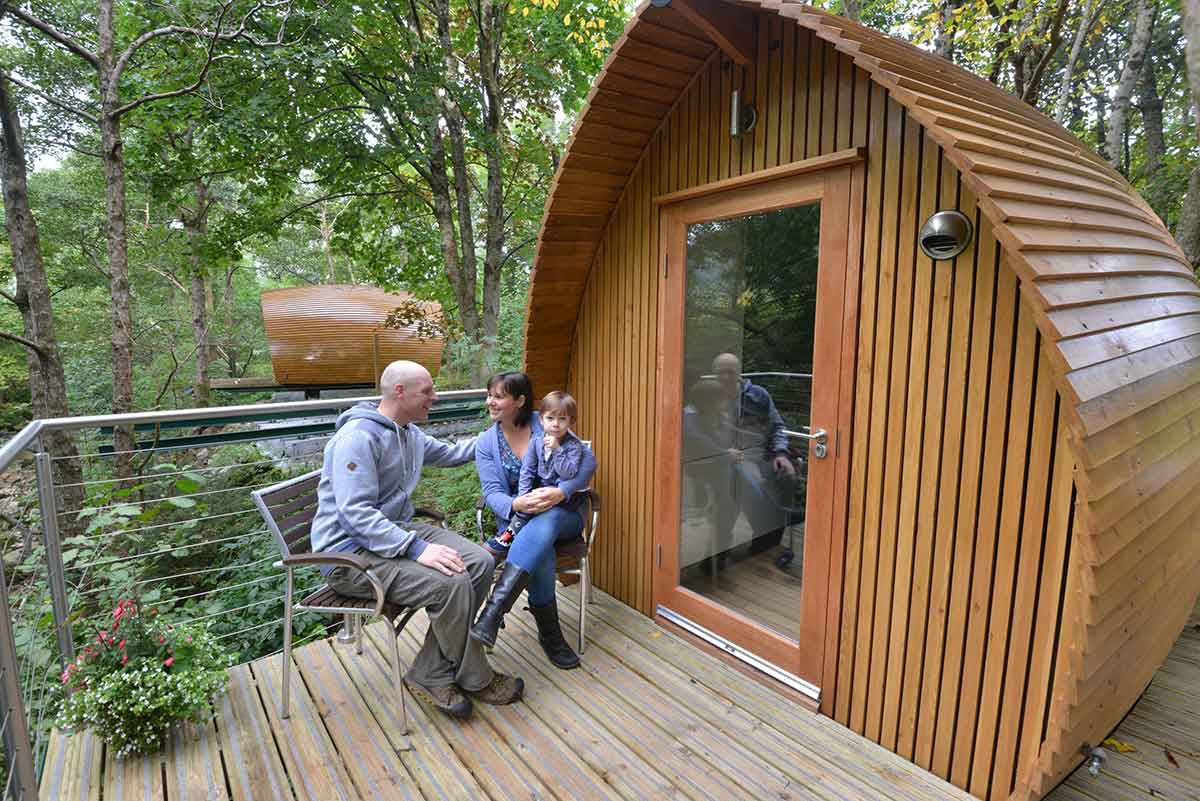 Increasing numbers of people, especially families, want to camp. But they want to do it without having to give up too many creature comforts. That’s the appeal of glamping.
Photo: Pixabay

Nessmuk didn’t camp because he liked an occasional bout with misery and woe.

But he’d probably find this level of comfort shocking.

Nessmuk – the pen name for George Washington Sears – was a Massachusetts-born, Pennsylvania-bred outdoorsman. He rose to fame in the mid- to late 1800s, writing for Forest and Stream magazine, the forerunner to today’s Field and Stream.

He extolled the virtues of spending time outdoors. It nourished the soul, he preached.

“With a large majority of prospective tourists and outers, ‘camping out’ is a leading factor in the summer vacation,” he wrote in, “Woodcraft,” his classic book. “And during the long winter months they are prone to collect in little knots and talk much of camps, fishing, hunting and ‘roughing it.’

“The last phrase is very popular and always cropping out in the talks on matters pertaining to a vacation in the woods. I dislike the phrase. We do not go to the green woods and crystal waters to rough it, we go to smooth it. We get it rough enough at home, in towns and cities, in shops, offices, stores, banks, anywhere that we may be placed, with the necessity always present of being on time and up to our work, of providing for the dependent ones, of keeping up, catching up or getting left.”

Nessmuk, though, didn’t need much to smooth things.

If camping was not an experience built on privation and suffering, it also wasn’t one that required a lot of heavy gear. He was the original minimalist, right down to his then-unheard-of 20-pound canoe.

Compare that to today.

Campers still find – or hope to find – the outdoors restorative. But what it takes to make them feel comfortable enough to relax is changing.

These days, glamping — defined as camping that’s more luxurious than usual — is on the rise.

The first references to it appeared in the United Kingdom in 2005. It went mainstream of sorts in 2016, when the term was first added to the Oxford English Dictionary.

This year, Kampgrounds of America commissioned Cairn Consuloting Group, a Maine-based market research firm, to figure out just how popular the trend is, who it is that’s going glamping and whether it figures to be a long-term thing.

“Is glamping here to stay? Undoubtedly,” reads the resulting 2019 North American Glamping Report. “It’s the perfect solution to a surging desire among a growing demographic to connect with nature… but on their own terms. It’s a ‘dialed up’ outdoor experience that appeals to a huge, younger group of leisure travelers.

“For many, glamping will be their introduction to the outdoors.”

Younger people are fueling this trend, for the most part.

About half of all glampers, meanwhile, are parents with children at home.

The report says all are looking for a “unique vacation option.”

Specifically, they want to “immerse” themselves in nature, but without having to set up their own camp or leave their everyday conveniences too far behind. Cabins, the report says, are their most preferred accommodation. That’s followed by tree houses, yurts, tiny homes, on-site RVs, canvas safari tents, covered wagons and teepees.

All must have certain niceties to be attractive.

“Travelers interested in glamping want services and amenities associated with that of hotels or resorts. They prioritize services and amenities that include social activities, Wi-Fi, a full kitchen and private restrooms – and they want them in a family-friendly, laid back atmosphere that offers a mix of activities and peace and quiet,” the report says.

Gen Z travelers – born in 1997 or later – are the ones most interested in luxury accommodations.

But however they define it, and whatever specifics needs they require, many campers and leisure travelers – who are not always campers – like the idea of glamping, the report concluded. Most who have done it once want to do it again. And many of those who haven’t glamped but at least heard of it want to try it.

And so, the report authors suggest, it’s not only a trend here to stay, but one likely to grow. Interest in it is high not only among all age classifications, but among all ethnic groups, too.

That, they said, is especially noteworthy given how the country continues to become more diverse.

“With the young, diverse set of travelers – and especially families – expressing a strong interest to either take a glamping trip for the first time or to make it part of their regular vacation plans, the results of this research indicate that the glamping market is well positioned for continued growth in coming years,” report authors conclude.

Check this out now: Yurts provide new camping experience in an ancient way

And coming soon: Camping in winter to enjoy another season outdoors