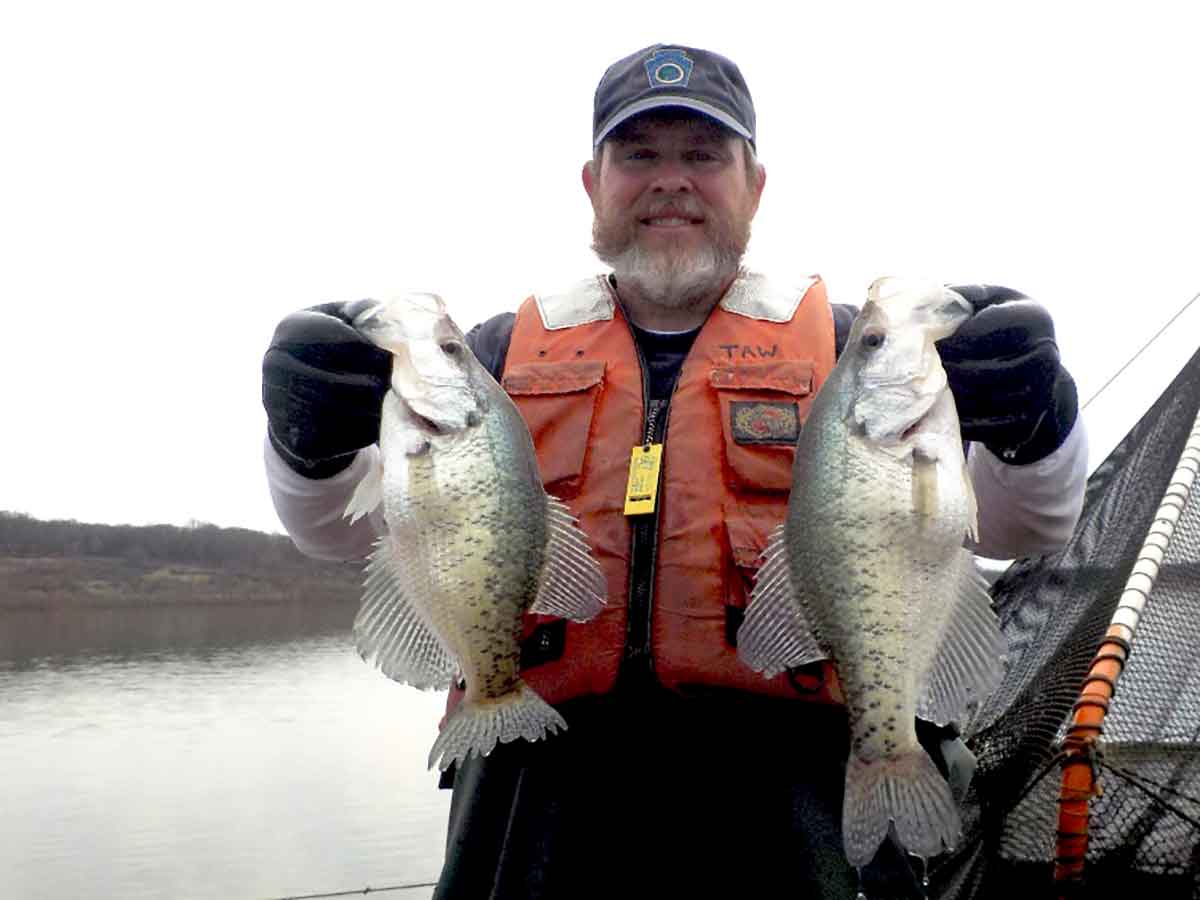 Glade Dam Lake is not meant to be, first and foremost, a good place to fish.

Anglers can catch fish there, especially of certain sorts. Recent surveys done by Pennsylvania Fish and Boat Commission biologists revealed good numbers of channel catfish. The panfish population, at least in regards to crappies, is nice, too.

But that’s about it.

At least for now, that is. The commission is working to create a largemouth bass fishery there.

Glade Dam Lake is located on state game land 95 in western Pennsylvania’s Butler County. The Game Commission manages it specifically for ducks and geese and the hunters who pursue them. To do that, it raises and lowers the lake level periodically through the year.

It also prohibits access to a substantial portion of the lake for a large portion of the year. Only when ice fishing can anglers go where they please.

Not surprisingly, anglers have never paid much attention to the lake. Neither has the Fish and Boat Commission. It stocked the lake with channel catfish six times between 1976 and 1996, and once with largemouth bass fingerlings in 1976.

And that was it.

But Game Commission land managers are interested in improving the fishing. So they asked their Fish and Boat Commission counterparts to look at what’s in the lake now and what it could potentially hold going forward.

Biologists did three surveys there over the last year-plus, their first since 1989. They did two electroshocking runs and a trap net survey.

The former are meant to find bass.

What they showed is that Glade Dam Lake just doesn’t have many. Last May, in 2018, biologists shocked the entire lake and came up with just 10 largemouths. They repeated the work this spring and got 12.

“While several large individual bass were captured, the population was poor in both quantity and quality. It appears that largemouth bass are experiencing recruitment problems,” biologists concluded.

The problem, biologists believe, is that there’s almost no natural reproduction going on.

So they are trying to work around that.

The commission stocked 500 largemouth fingerlings last year. It’s releasing another 250 this year, and hopes to put out fish for three more years beyond that.

“We are also investigating other methods to improve natural reproduction and/or survival of young bass within Glade Dam Lake,” they said.

Biologists are also hoping to give bass more to eat. Right now, they said, golden shiners, juvenile white suckers and juvenile panfish make up the lake’s primary forage base. To boost diversity, they stocked 450 adult spottail shiners and 500 adult bluntnose minnows this year.

The hope is that “these adults will spawn immediately and establish a self-sustaining population in Glade Dam Lake,” biologists said.

Crews will survey the lake annually going forward to see if any of that works.

There is good news of an immediate sort at Glade Dam, though. 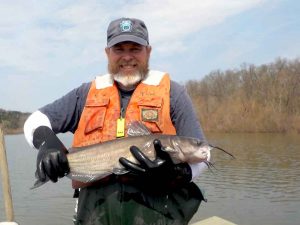 Already it has fish to be caught. The trap net survey found that channel catfish are thriving. Biologists caught 290, going between 4 and 26 inches.

They termed that “excellent” and attributed that to the resilience of catfish.

Crews also got good numbers of moderately-sized brown and yellow bullhead catfish in their nets, so anglers can expect to catch them.

Crappies are another bright spot. They are more abundant than big, but there are some nice ones, too.

White crappies are less common. Crews caught 466 of them.

But they tended to be bigger, too, 39 percent at least 9 inches long, and some going 15.

See also: When it comes to Butler County bass fishing, one lake good, one not so much