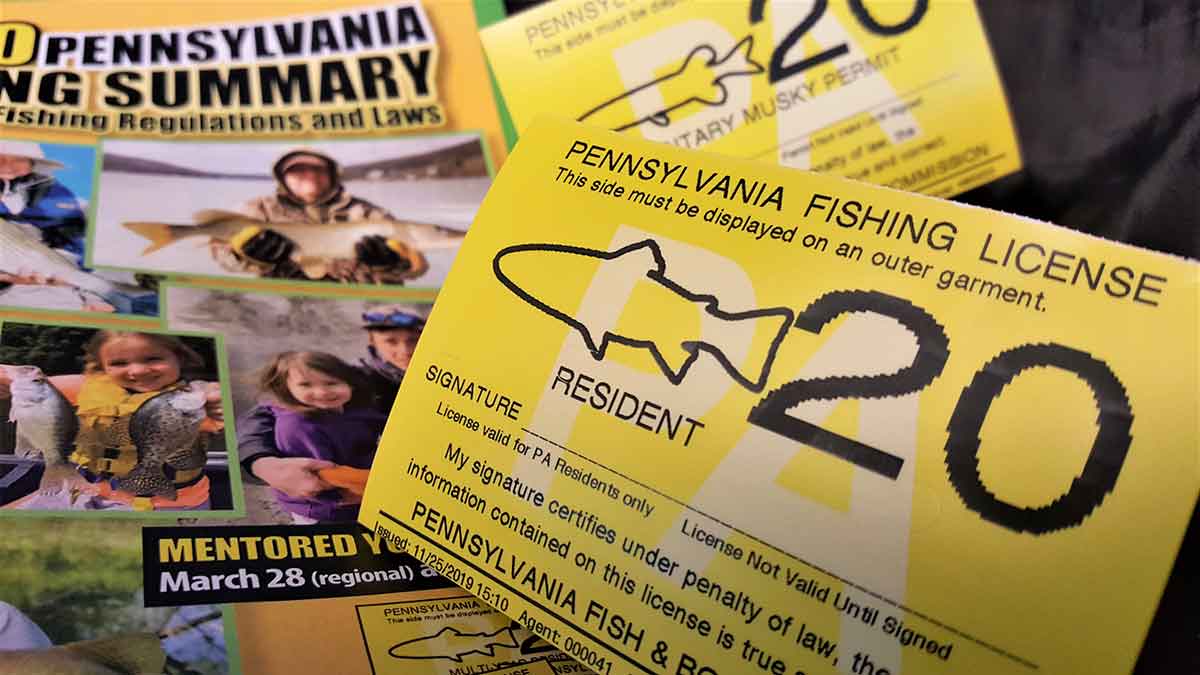 Adult anglers still need a license to fish in Pennsylvania. But by spring, they won’t need to display it.
Photo: PA Fish and Boat Commission

So those clear plastic fishing license holders probably won’t either.

But as with the tools of snail mail, expect to see fewer of them, starting this spring.

That’s because Pennsylvania Fish and Boat Commissioners eliminated the rule requiring anglers to display their license on a hat or outer garment while fishing.

The change isn’t effective just yet. Commissioners voted to make things that way in January. But per state rules, Pennsylvania’s attorney general’s office still must review the idea. Once officials there sign off, the switch must then be printed in the Pennsylvania Bulletin, the official publication notifying the public of regulatory changes.

But those seem merely bureaucratic issues at this point.

Wayne Melnick, lead counsel for Fish and Boat, said the attorney general’s office already reviewed and approved the preliminary version of the proposal back in October. Nothing about it changed since, he said.

So he expects no holdups.

“We should have it published in time for it to become effective this trout season,” Melnick said.

The regulation change doesn’t prohibit anglers from wearing their license as in the past. They can, said Mike Nerrozi, director of policy and planning for the commission.

But it’s no longer the rule, he said.

Rather, anglers only need to have their license on them so that they can show it upon request to a waterways conservation officer.

“With this change, we’re making things more convenient for our anglers,” said commission executive director Tim Schaeffer. “By allowing people to simply carry their license in a pocket or in their wallet, rather than pinning it to an outer garment, we hope to hear about fewer licenses being lost and the cost associated with replacing them.

“It also provides a greater consistency with the Pennsylvania Game Commission’s hunting license display requirement, so it should prevent any further confusion among hunters and anglers.”

The change brings Pennsylvania into line with most other states in the country. Now, just two – New Jersey and Delaware — still enforce a display requirement.

Honest anglers need not worry about fines if they forget a license at home.

If by chance an angler forgets his license, he or she will have a chance to prove they bought it before fishing. Nerozzi said anglers will still have seven days to provide proof of purchase, as has long been the rule.

In the meantime, an additional change to licenses could come later. State lawmakers will have to bring it about, though.

Fish and Boat Commissioners ultimately want to allow anglers to buy their license online, then carry a digital version on their phone.

But right now, state law prohibits that. It says anglers must sign their fishing licenses in ink to make them valid.

Nerrozi said the commission is asking lawmakers to eliminate that requirement in the future. Sen. Jim Brewster, an Allegheny County Democrat, is currently circulating for co-sponsors a bill that would do just that.

Check this out, too: Tips on releasing fish so they survive to breed, fight again