Tips on catching fall steelhead, trout from the beaches 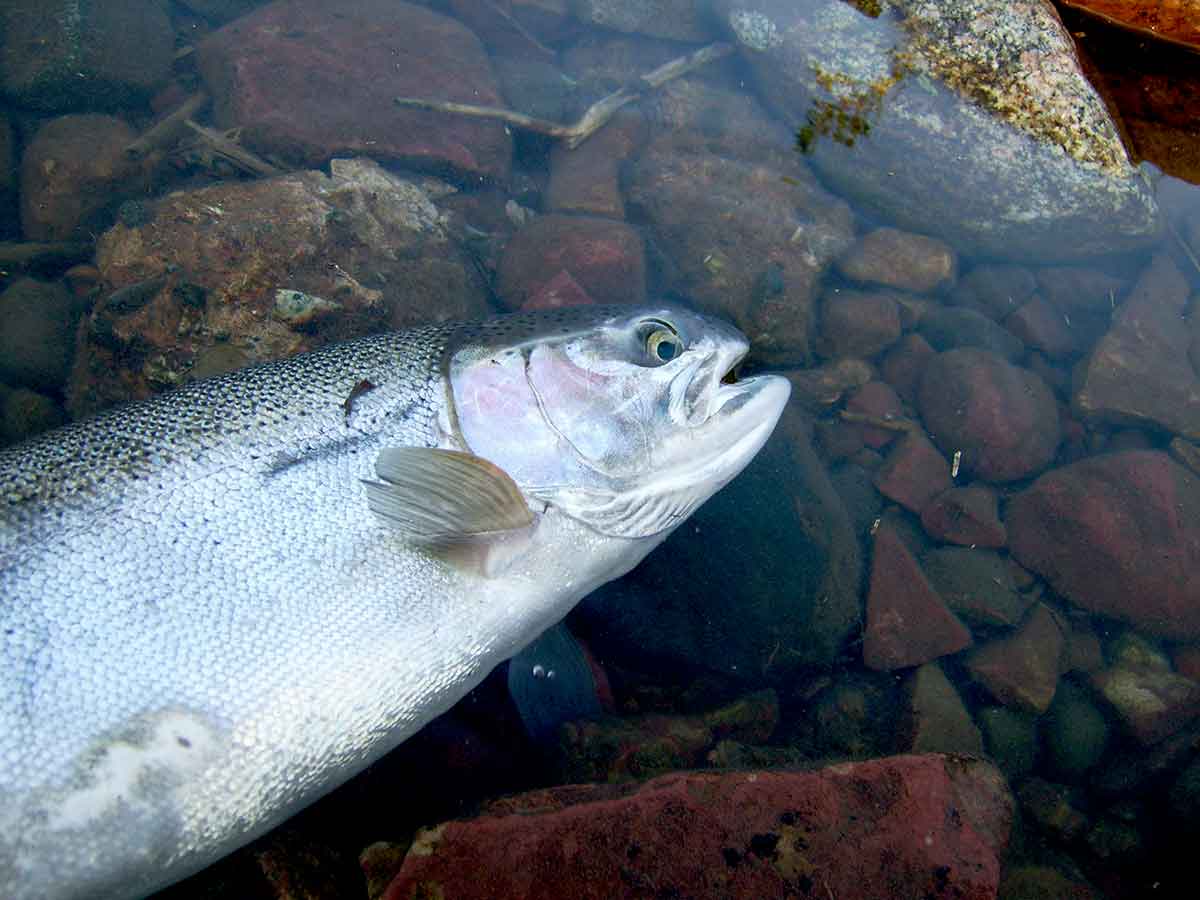 Steelhead are fun to catch any time. But doing it away from the crowds is a real treat.
Photo: Wikimedia Commons

Oh, and martial arts training, too.

It seems, at times, you need all of the above to chase steelhead in fall. Lots and lots of anglers crowd small Great Lakes tributary streams then, targeting the fish making their annual autumnal migrations to the waters where they were, if not born, at least stocked.

Sometimes, most times, everyone gets along. But sometimes not.

There’s a reason this kind of angling is occasionally referred to as “combat fishing,” after all.

But there is a way to avoid those crowds.

Namely, it’s to target steelhead – and brown trout and even salmon – near shore when they’re still in the Great Lakes.

The fish bite as readily and fight just as hard. In fact, it’s when hooked near shore that they show their real power, going on powerful runs unconstrained by narrow creeks and limited space.

Here are some four ways to get in on it.

Steelhead and trout begin schooling near the mouths of tributary streams in September and October. The exact timing of that varies slightly year to year, based on flows and temperatures.

But as a general rule, it’s better to be early that late.

Look for water temperatures around 70 degrees. When it gets there and stays for a period of time, the fish start gathering. When it gets to 60 degrees consistently, the action can peak.

Early is also often good in terms of time of day. Some of the best fishing can be right at first light, before the sun warms the shallows.

But patience can pay off, too. If the action slows later in the day, don’t quit necessarily. Sometimes schools of fish come and go, and waiting a bit on the beach for another to arrive is often worth it.

Every deer hunter knows to position himself with the wind in his favor.

Steelhead anglers can increase their odds of catching fish by noting wind direction, too.

A south wind will carry cold water from streams, like those in northwestern Pennsylvania, into Lake Erie. That typically brings fish closer to shore.

That cold water spreads out a bit, too.

So there’s no need to fish immediately at the mouth of a tributary stream. Anglers can often fish up to a quarter mile in either direction from that opening and still have success.

There’s a reason they call this “near shore” fishing.

Anglers need not wade super far into the lake to reach fish. In most cases, wandering our so as to be waist deep is plenty good. Sometimes knee deep is.

The idea is to go just far enough – and no further – to reach fish that are headed your way on their own.

Chest waders are still a good option over hip boots. But that has as much to do with comfort as anything.

Steelhead and brown trout in the lake, near shore, hit the same lures, flies and baits as they do when in the tributaries.

When it comes to flies, good options include the standard wooly buggers, egg patterns, and baitfish patterns. And in waters where emerald shiners make up a big part of the forage base, like Lake Erie, Little Precious patterns work well.

In all cases, though, whatever you fish, choose bigger, darker, flashier baits when the there’s a heavy, dirty surf and lighter, sparser ones when it’s clear.

See also: Fall trout fishing is about to pick up