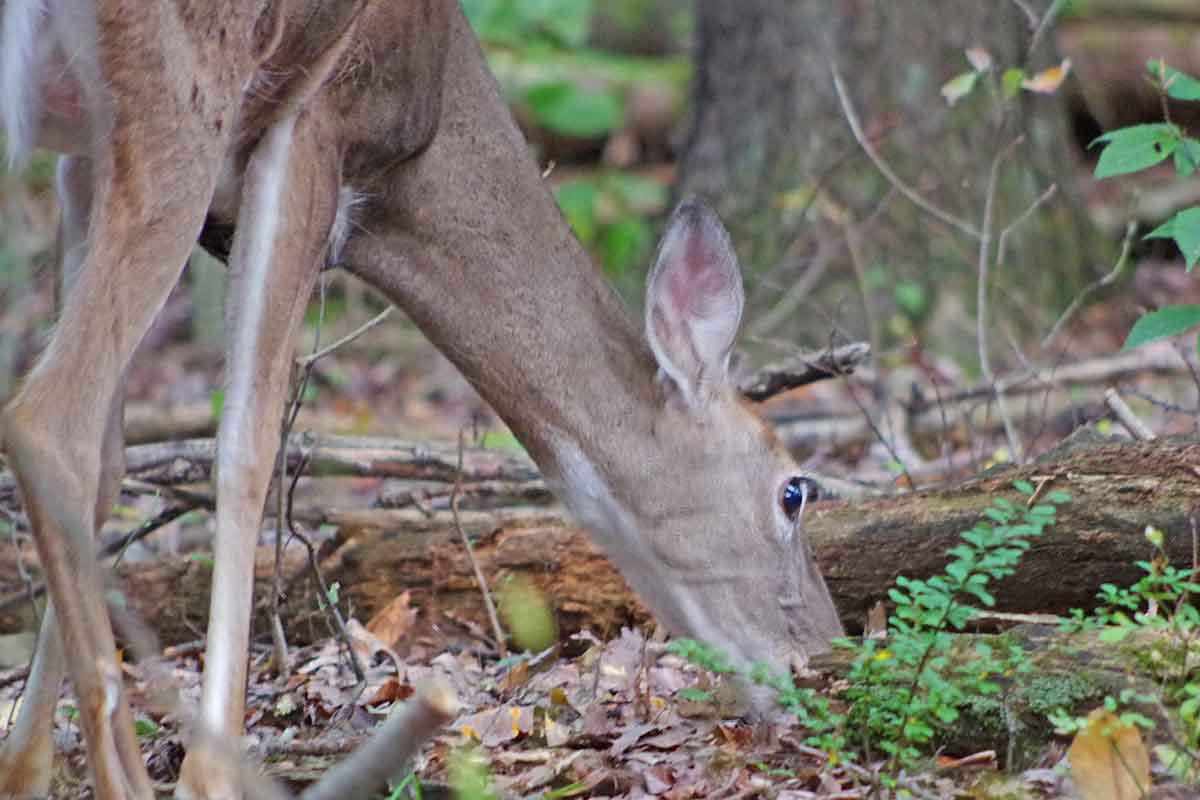 Someday, perhaps, someone somewhere will find a cure for chronic wasting disease, or CWD.

That will be a happy day indeed.

But in the meantime, here — finally, at long last — is at least one bit of good news concerning the troubling ailment.

Scientists with the National Institutes of Health announced that anyone who processes deer, elk and the like can rid their tools of the disease using common household bleach.

Right now, hunters all across the country are pursuing deer, elk and the like. Hunting seasons are underway.

Wildlife agencies from Pennsylvania to Wisconsin say hunters should get the meat from any animals they harvest in known CWD areas tested before consuming it. Sportsmen’s organizations like the National Deer Alliance do, too.

The U.S. Centers for Disease Control and Prevention says that, to date, there are no known cases of CWD jumping the species barrier to humans.

But, it added, monkeys fed CWD-infected meat in a lab did develop it. And CWD is related to mad cow disease, which has killed people.

Disposing of a deer confirmed to have CWD doesn’t necessarily end a person’s risk, though, Institute scientists said. CWD prions adhere readily to stainless steel and can contaminate knives, saws and other equipment.

So they began experimenting.

“Infectious prions – types of proteins found in mammals that when misfolded can cause disease – are extremely difficult to inactivate, which led the scientists to seek a practical, low-cost CWD decontamination method. Bleach has been proven as a decontaminant against other types of prions but had never been tested against CWD,” reads a press release from the Institute.

They put steel wires coated with CWD prions in a solution that was 40 percent bleach. Those mimicked butchering knives and saws.

They let them sit for five minutes. Finally, they removed the wires and tested them.

Scientists said they no longer exhibited any contamination.

The researchers did their work at Rocky Mountain Laboratories in Hamilton, Mont. RML is a component of the NIH’s National Institute of Allergy and Infectious Diseases

Notably, they were not able to destroy the prions in brain tissue itself with bleach.

“Pieces of CWD-infected brain retained prion activity even after a 30-minute soak in 100 percent bleach. Investigators note that bleach fails to penetrate tissues and should be used only as a surface decontaminant,” the release said.

But that’s a start in dealing with this puzzling malady.

CWD is an always-fatal brain-damaging disease in the deer family. There is no cure and no live-animal test. Scientists originally discovered it in a captive elk in Colorado in 1967.

The disease remained largely contained to the far West for most of the next three decades. But it’s since spread to 26 states and three Canadian provinces.

There is, according to the Quality Deer Management Association, no way to tell if a deer is infected just by looking at it. They can carry the disease for 18 months or more before showing symptoms.

So any deer taken from an area known or suspected to have wasting disease should be tested, the group said.

And while awaiting results, anyone who’s processed a deer should clean their tools, said researchers at the Institutes for Health.

“The scientists hope that public health and wildlife agencies will consider this study when making formal recommendations for decontamination of CWD prions,” the release said.