How to choose a taxidermist 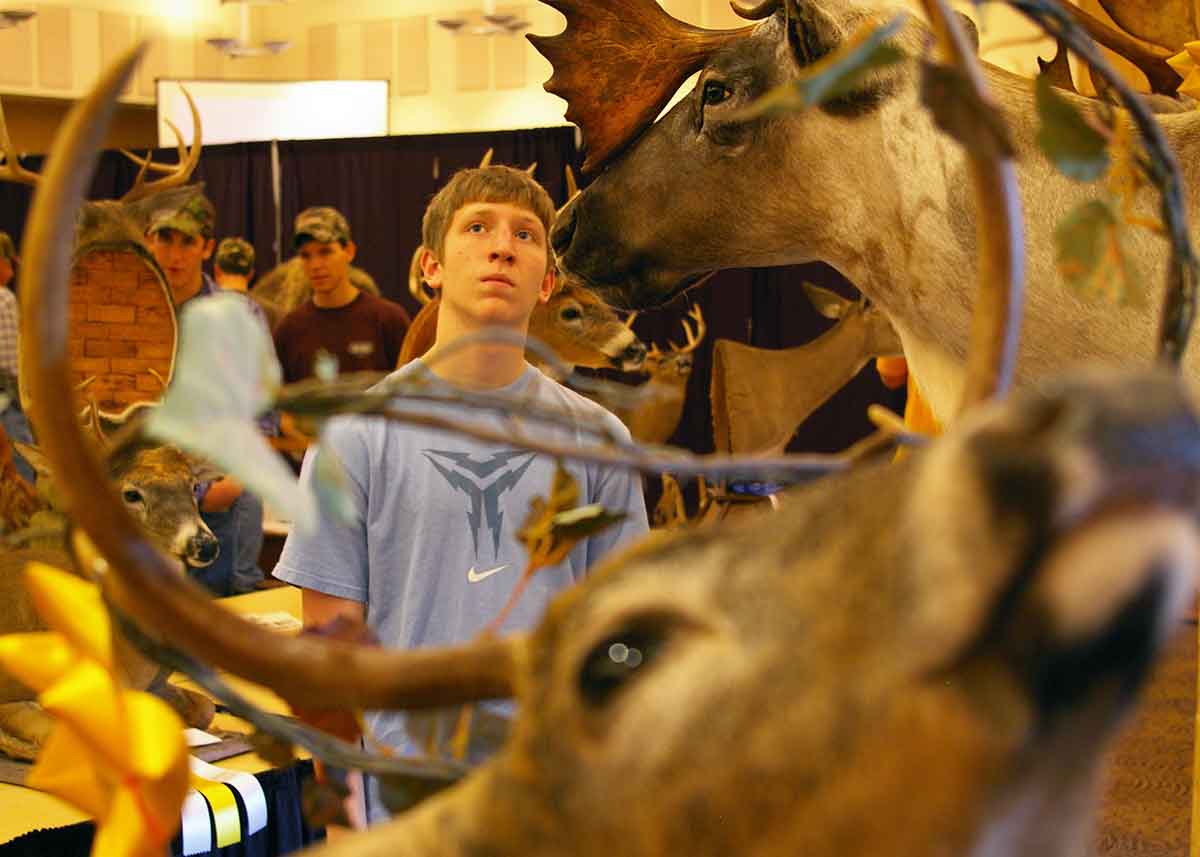 Choosing a taxidermist starts with learning what kind of mounts are possible.
Bob Frye/Everybody Adventures

You’ve probably seen them floating around the Internet and laughed.

We’re talking pictures of horrifically bad, even frightening taxidermy. If you haven’t, just Google something like “really bad taxidermy” and see what turns up.

The real tragedy is that each of the animals mounted in shocking fashion – bug eyes, misshapen limbs, weirdly distorted features – was once someone’s trophy. And that taxidermy was supposed to help keep a wonderful memory alive.

As opposed to, you know, spawning nightmares.

So where did things go so terribly wrong?

Chances are, in each case, the hunter who bagged the animal in question turned it over to someone without the skill, knowledge and ability to do what was asked of them.

There is a way to avoid winding up in such a situation, though. And that’s to find out who is and isn’t a good taxidermist before relinquishing anything to them.

Here are three pieces of advice, gleaned with conversations with taxidermists themselves, on how to tell who’s for real and who isn’t.

Some states require taxidermists to pass exams documenting their proficiency before they can charge others for their work. Others don’t. Going into the business is as simple as paying for a permit.

So the mere fact that someone is “licensed” isn’t necessarily telling.

But there are national and state level taxidermist associations. They’re professional organizations, just like those for engineers, teachers, plumbers, lawyers and everything in between.

Being a member doesn’t always signify that someone is good at what they do necessarily.

But, taxidermists who take time to join are exposed to continuing education opportunities, are more likely to know of new techniques and materials and often even have chances to get certified as a “master” or something else, as judged by their peers.

Best of all, they generally hold annual competitions where members trot out their top work. And typically, the public can visit those shows to see what the best of the best are doing.

They’re like art exhibits, albeit one where most are wearing jeans and camo. Strolling around one is not only great fun, but a wonderful way to get a handle on what’s possible.

Held in later winter or early spring, they give you plenty of time to figure out what you want, long before you’ve suddenly got a deer on the ground or a fish in the net and no idea what to do next.

Once you’ve seen what really good work looks like, seek out taxidermists – maybe a half dozen within driving distance of home or where you hunt – and pay them a visit.

Just about every taxidermist keeps mounts in his or her shop or showroom as proof of what they can do. The good ones will welcome visitors interested in seeing it.

So look it over. Closely. And pay attention to the details.

Most all taxidermists, for example, use the same whitetail shoulder mount forms. So the general shape and look of mounts should be similar from shop to shop.

But not everyone takers the same care or has the same ability when it comes to things like an animal’s eyes, ears and nose. It’s there where a taxidermist’s attention to the smallest little things really stands out.

Beyond that, if you’re really willing to do some homework, ask for references.

Hunters who hire a guide know to first ask to talk to past clients, to get a feel for their experiences. It’s the same with choosing a taxidermist.

Past customers can tell you whether a mount that looked great on the shop wall is still holding up years later. If someone’s unhappy, they’ll let you know.

Consider cost, but not alone

It’s the first question most people ask of a taxidermist: how much?

Many hunters only get one or two trophies mounted in a lifetime. And so, understandably, with no experience, no knowledge, they shop on the basis of price.

Cost matters, certainly, especially to the hunter or angler who wasn’t expecting to get their personal nest deer or trout, didn’t have any taxidermy built into the budget and now is looking at a sudden and relatively large expense.

But price alone shouldn’t determine where you go, especially since you’ll likely have months to pay for it.

Think about your deer rifle or fly rod. Those things aren’t cheap. Chances are deciding to buy one was a major investment that came after much thought.

Even then, you probably justified the purchase by saying that it would last years, maybe even a lifetime.
Well, it’s the same with quality taxidermy.

An attractive, even beautiful, mount properly handled will grace your home or camp for years, maybe decades. Succeeding generations of hunters and anglers might cherish it.

But if it’s ugly or falling apart or even Halloweenish?

It’s likely headed for the trash as soon as you’re gone, if not before.

That animal meant something to you when you reeled it in or put it down, especially if you did a lot of scouting or pre-season work to get it. Invest as much into preserving its legacy.

In the end, consider this above all else.
A well done mount is a stimulator of good memories. A poor one is a wince-inducing reminder of an opportunity lost.

Which do you want on your wall?