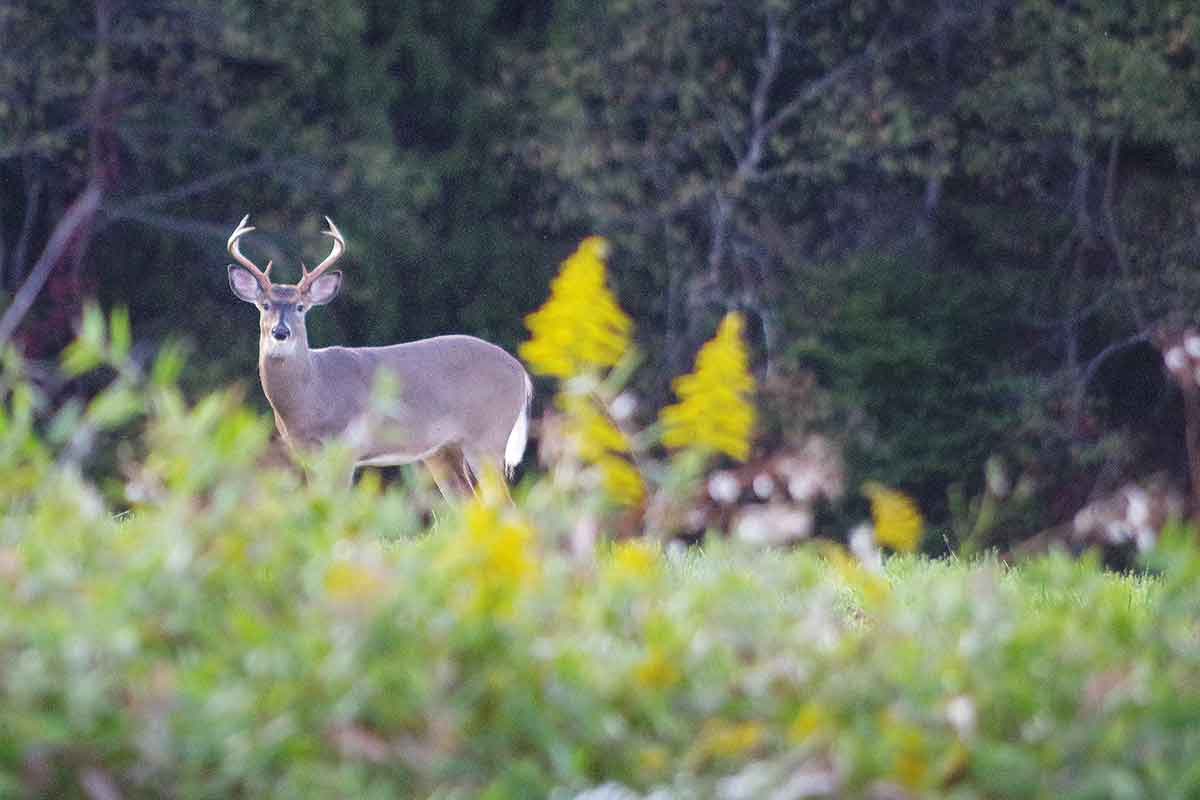 Changes to Pennsylvania’s deer season are in the works.
Bob Frye/Everybody Adventures

Another Saturday opener, the Sunday following, and two weeks of concurrent buck and doe hunting.

Those are just a few of the highlights that could define Pennsylvania’s statewide firearms deer season this fall.

And that’s not all. Additional changes could be coming to bear, archery deer, turkey, raccoon and squirrel seasons, too.

Pennsylvania Game Commissioners preliminarily approved hunting and trapping seasons and bag hunting for the 2020-21 license year at their Jan. 25 meeting.

None of what they did is official just yet. Final approval won’t come until the board meets again on April 6 and 7.

But every change voted on this past weekend passed unanimously, so barring anything out of the ordinary, or some groundswell of public opposition, it’s perhaps a safe bet these tweaks are coming.

This past fall, for the first time in 60 years, commissioners moved opening day of the statewide firearms deer season to the Saturday after Thanksgiving. It had previously been the following Monday.

The hope was that it would reverse several years of declining license sales by making it easier for college-age students and working people, residents and non-residents, of all ages with limited vacation time to get into the woods.

Commissioners said they heard from people who liked it.

Board members Tim Layton of Somerset County, Brian Hoover of Chester County and Scott Foradora of Clearfield County said they talked to many hunters in the field and encountered very little opposition. Some of those said they encountered told them would not have been able to hunt otherwise, Foradora said

“So I think what we’ve seen, at least anecdotally, is that it was somewhat successful. And it’s something I think we need to continue for at least a couple years, until we can get a better database of what’s going on,” Layton said.

There’s some hard evidence to support that.

The commission’s Coren Jagnow, who heads up its research and education division, said that sparked a jump in hunting license sales. Non-residents presumably visiting for Thanksgiving made up the majority of the gains, though young people contributed, too.

Still, commissioners said they expected to hear from opponents of the change at their meeting. They did, but not to any big degree.

Randy Santucci if Allegheny County was one of only about six spoke out against the Saturday opener. He focused in part on its economic impact, saying it “reduced a raging stream of hunter dollars to a trickle” in many communities.

“I think the Saturday opener unfolded as a bad dream for many hunters and ended up a nightmare for rural businesses,” Santucci said.

But nearly twice as many people spoke out in support of a Saturday opener. One was Emma Olney, president of the Governor’s Youth Council for Hunting, Fishing and Conservation.

“In a climate where 2 to 4 percent annual decreases in sales have sadly become the norm, being able to stop the hemorrhaging and earn a small gain is no small feat,” she said.

They’re now allowed to do that by law. State lawmakers repealed the state’s centuries-old prohibition on Sunday hunting last fall.

In doing so, they allowed for only hunting on three Sundays. One is in the firearms deer season, one in the statewide archery season and one in a spot of their choosing.

That third one is going into the regular bear season. As proposed, bear season would open on a Saturday and go to the Tuesday before Thanksgiving.

This past year, it opened on Saturday, closed Sunday, and ran Monday through Wednesday.

It was the Sunday added to archery season that sparked debate, however.

It’s not just white-tailed deer that are in season then. So, too, are about 20 other species, from squirrels to pheasants to furbearers.

Kevin Askew, executive director of Hunters United for Sunday Hunting, said the Sunday hunting law is date specific, but not species specific. So he asked commissioners to open that day to as many people as possible, as they all face the same challenges.

“That time afield is very precious to all of us,” Askew said.

Commissioners, though, elected to allow hunting on that Sunday for archery deer only.

That was apparently part of a deal struck.

Josh Zimmerman, the commission’s legislative liaison, said it’s true the law does not limit hunting on any Sunday by species. But he said it was “pretty clear” what lawmakers intended, at least initially.

Board member Tim Layton of Somerset County said hunting for other species on that Sunday could come, and soon. The board wants to move that way, he said, but slowly.

This past season, in all but units around special regulations areas, hunters were limited to shooting a buck only the first six days of the season. They could shoot antlerless deer thereafter.

Under concurrent rules, hunters with a doe tag could shoot a doe any time throughout the entire season, from opening day onward.

It won’t necessarily reduce the deer herd, though.

Agency deer biologist Chris Rosenberry said the commission sets harvest goals by wildlife management unit. It then determines how many doe tags to issue to meet those goals, be they to increase, decrease or maintain stable herds.

So, Rosenberry said, if board members move forward with two weeks of concurrent hunting, the commission will likely just issue fewer doe tags.

Commissioner Brian Hoover of Chester County warned that could have consequences. Hunters who can’t get a tag will complain, he said.

“I just want everybody to be aware of that. Because there’s going to be a lot of unhappy people if that were to occur,” Hoover said.

Rosenberry discounted that a bit. For several years now, he noted, hunters in many units have been able to get multiple tags if they so chose.

Given that decline in competition, chances are there will be enough tags to go around, he said.

“So that demand that was there a decade ago is not there right now,” Rosenberry said.

First, commissioners preliminarily approved a rules change eliminating the requirement that a hunter tag one deer before shooting another. Meaning, a hunter with the proper tags who sees two deer in a group could shoot both at the same time.

Second, commissioners preliminarily approved a change allowing hunters to get up to four DMAP – or deer management assistance program – tags for some units. The limit previously was two.

Here’s a look at some other changes commissioners adopted. They:

Three other changes, meanwhile, could yet come in April.

Commissioners directed their wildlife staff to investigate the possibility of granting all those requests. They are to report back with recommendations at the April meeting.

Check this out: Albino deer sighting a real outdoors treat