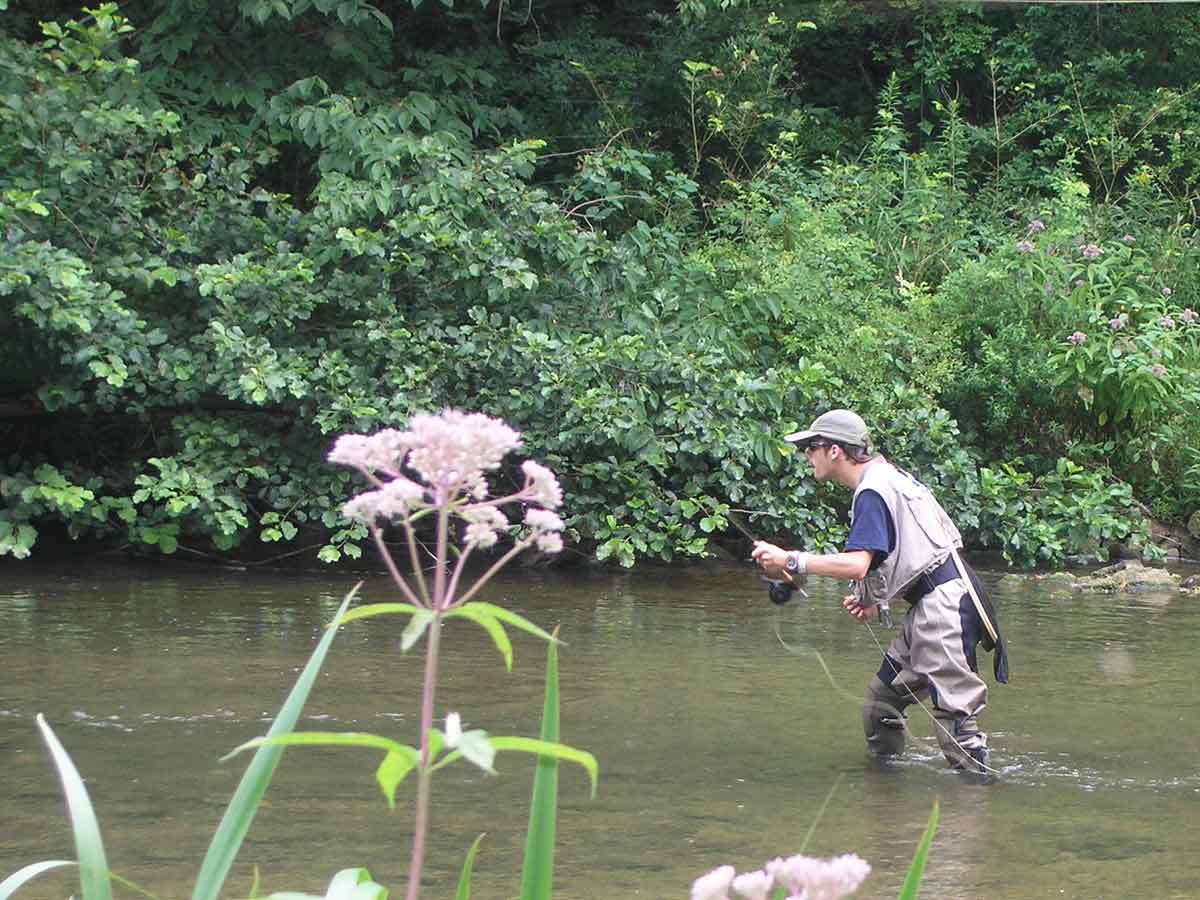 Pennsylvania’s fishing license display rule, one of just three like it left in the country, may soon go away.
Photo: PA Fish and Boat Commission

This might be another case where Pennsylvania is catching up with the rest of the country.

Lawmakers are close to expanding Sunday hunting opportunities. A bill that would allow it on three Sundays a year is moving through the legislature and could go to Gov. Tom Wolf for his signature before year’s end.

That would bring the state into line with most others.

Pennsylvania Fish and Boat Commissioners preliminary approved a rules change that would eliminate the need for anglers to display their fishing license on an outer garment.

That’s noteworthy. Pennsylvania is one of only three states – Delaware and New Jersey are the others – to still require that.

Commissioners are expected to officially approve the change at their next quarterly meeting, set for January. If approved then, the law could go into effect in 2020.

Perhaps the biggest is that it’s just sometimes confusing, he said.

The Pennsylvania Game Commission did away with its rule requiring hunters to display their licenses in 2012, he noted. That left some anglers who are also hunters – from in state and out — unsure what they needed to show and when, he said.

The rule change is also something anglers want.

“In recent years, anglers have remarked that the Commission’s requirement to display fishing licenses on an outer garment is antiquated and often inconvenient, particularly when an angler is purchasing a license online on relatively short notice and does not have a license holder,” reads a staff briefing.

“Another common complaint is that due to the display requirement, anglers often lose their license after it becomes unattached somewhere along a stream or on a boat. In these situations, the angler then incurs the added cost of purchasing a duplicate license.”

Anglers found on the water without a license – who bought one, but lost it or forgot it at home or something –have seven days to provide proof of purchase and thereby avoid fines, Nerozzi said. That would remain in effect under the change.

And anglers who want to display their license could continue to do so, he added. The new rule just says they wouldn’t have to, he added.

The commission pursued this idea once before.

Back in July of 2017 board members preliminarily approved a proposal very similar to the one under consideration now. There was one big difference, though.

The idea then was to give anglers the option of carrying either a printed version of their license or an electronic one on their smartphone.

But it couldn’t legally do that then, and it still can’t now, Nerozzi said.

An obscure – and now seemingly outdated – law is to blame.

The state Attorney General’s office informed the commission that, by law, anglers must sign their licenses in ink to make them valid. That’s obviously not possible with an electronic one.

So Nerozzi said the commission is asking lawmakers to eliminate that requirement. If and when they do, electronic licenses would be permissible.

But that could take time, and the commission doesn’t want to wait, Nerozzi added. So it’s likely changing the display rule so far as it can while simultaneously continuing talking to lawmakers.

See also: Fall trout fishing is about to pick up