Catfish in the classroom project underway 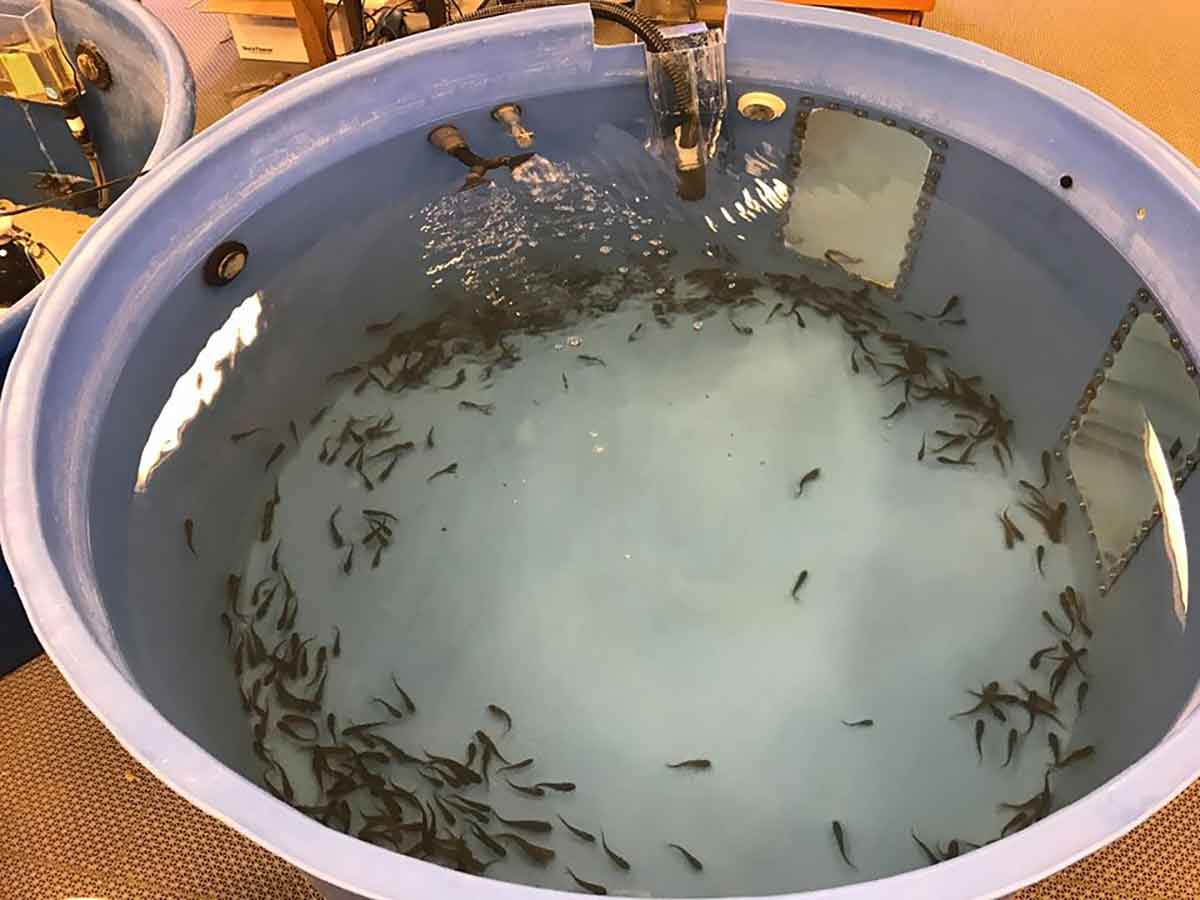 Four school districts are participating in the catfish in the classroom project.
Photo: PS Fish and Boat Commission

Trout were rarely on the menu when Eric Davis grew up fishing in southwestern Pennsylvania’s Greene County.

But they were scarce. There’s just not a lot of the cold water habitat they need in the rolling, coal country hills bordering the West Virginia panhandle.

Instead, he fished for panfish, assorted warmwater species and, as often as not, catfish.

That’s why this is so special.

Students in four school districts from Davis’ old stomping grounds are raising channel catfish for eventual release into local waters. Three are in Greene County and one in neighboring Washington.

The effort – an adaptation of the long popular trout in the classroom project – is a first of its kind for Pennsylvania.

“I think it’s really exciting and I’m glad it’s finally getting off the ground,” said Davis, who now works as a waterways conservation officer – in Greene County – for the Pennsylvania Fish and Boat Commission.

The commission delivered 400 channel catfish fingerlings from its Linesville state fish hatchery to a new cooperative nursery at Waynesburg University in November. There, college students will raise some of the fish to catchable size.

“These schools will raise the channel catfish throughout the school year and use them as a teaching tool for students before stocking them into local waterways for the anglers of Pennsylvania,” the commission said in a statement.

That’s all based on the trout in the classroom model.

Originally created by Trout Unlimited, and still overseen to some degree by that organization, it involves students raising trout from eggs to fingerlings – fish just a couple of inches long – over the course of half a school year or so. Teachers can tweak the program to fit their unique curriculums.

But, according to Trout Unlimited, all students monitor tank water quality, engage in stream habitat study, learn to appreciate water resources, begin to foster a conservation ethic and grow to understand ecosystems.

“Most programs end the year by releasing their trout in a state-approved stream near the school or within a nearby watershed,” it added.

Amidea Daniel, who coordinates the program in Pennsylvania for the commission, told board members at one of their recent meetings that hundreds of schools across the state take part in raising rainbow trout in classrooms. That includes many in Greene and Washington counties.

That’s a good thing, Davis said. But it does come with challenges in his region.

When it comes time to stock fish, teachers often have to bus their students away from home to find a suitable coldwater streams. That’s costly in time and travel expenses.

By comparison, catfish can tolerate warmer water temperatures. It’s why they thrive in so many places in southwestern Pennsylvania, Davis noted.

“There’s not a school district in (Greene) county that’s not 10 minutes or less from a potential stocking site,” he said.

So he and several teachers began pursuing the notion of creating a catfish in the classroom program to allow students to release fish close to home. It took three years, but the program is underway.

Several of the participating schools raised trout in their classrooms in the past. Most are continuing to do that, Davis said. But they added catfish, too.

And that might be an opportunity to involve students who didn’t take part in the past.

Catfish are cavity nesters, meaning they spawn in things like sunken hollow logs. They will also use artificial spawning boxes, though.

Davis said schools may enlist students in vocational programs or shop classes to build those.

There’s some hope within the commission this program will spread further across the state and involve more school districts in more areas eventually.

For now, though, it’s shaping up to be a good thing in the extreme southwestern corner of Pennsylvania, Davis said.

Not all of the catfish released by students will survive long term, Davis said. That’s nature’s way.

But some surely will. And that will make some local catches in the future extra special.

“These students could catch these catfish and know that, hey, that’s potentially a fish I stocked,” he said.

Get involved with catfish in the classroom

School district must purchase some equipment and gear to participate in the catfish in the classroom program. They need tanks, aerators, fish food and more.

He’s hoping others will follow suit. Organizations and individuals interested can reach out to him at erdavis@pa.gov to learn more.

Check this out: Kayak catfishing growing in popularity