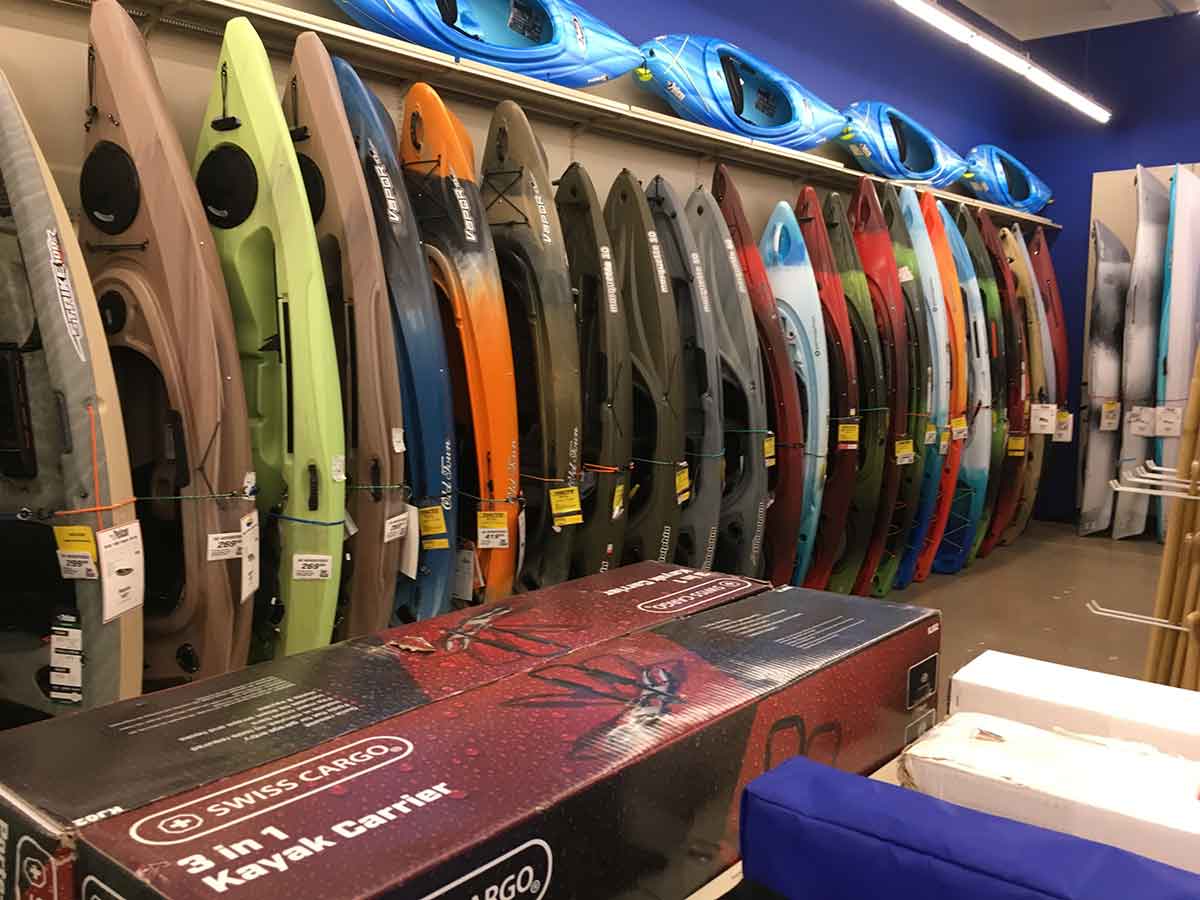 Boating season is here, and paddlers need to protect themselves on the water.
Bob Frye/Everybody Adventures

Fewer than half a dozen steps into the big box sporting goods store and it was crystal clear.

There, front and center, stood two stacks of kayaks each piled four wide and three high, in an alternating pattern. Along the wall to the left at least three dozen more boats – kayaks, canoes and stand-up paddle boards – stood on end in a row.

Shoot, there were even a few small kayaks on a shelf above those, 15 feet off the ground.

Chances are more Americans than ever will participate, too. That’s been he long-term trend anyway.

According to the 2018 Outdoor Participation Report put together by the Outdoor Foundation, nearly 31 million Americans – a combined 10.4 percent of the nation’s population – canoed, kayaked or paddleboarded in some form or fashion in 2017.

That’s up from 17.4 million and 6.2 percent in 2007, when things like kayak fishing and stand-up paddleboaring were so new and insignificant as to not even be measured.

And with Memorial Day – the unofficial start of the boating season – fast approaching, a larger-than-ever the torrent of paddlers is sure to soon hit the water.

But take a good look.

Not all of them will make it back to the boat launch alive.

Paddlers are dying more often than powerboaters in some states. In others, fatalities among paddlers are at least disproportionately high in comparison to their overall numbers.

Take Pennsylvania, for example. There 18 of 29 boating deaths over the last two years involved now-powered boats.

In Illinois in fiscal 2017, kayaks (3) and canoes (1) accounted for four of 12 fatalities. Only open motorboats – which far outnumber them — produced more (5). That same year in New York, 14 of 22 boating deaths were attributable to unpowered boats.

Likewise, in Ohio, there were 63 boating fatalities between 205 and 2018. Twenty-seven of those deaths involved powerboats. But canoes and kayaks accounted for 16 others, more than personal watercraft, pontoon boats, sailboats and others.

That’s a growing number, too. The American Canoe Association says paddlesport deaths overall climbed between 2006 and 2015, even as those for powerboaters declined.

So why are paddlers faring so poorly?

Blame the very things that make the sport so attractive in the first place.

The boats are inexpensive. They’re easy to load and transport. They excel in lots of places. And in most states, there’s no mandatory training required before someone can start using one.

That puts a lot of inexperienced people who don’t understand the risks on the water.

“With the significant growth of paddlesports, the challenge is finding a way to increase on-water safety with waterway users who are, in a sense, not traditional boaters and are outside existing boating safety-education channels,” said BoatUS Foundation for Boating Safety and Clean Water President Chris Edmonston in a statement.

The good news is that paddling is not only tremendous fun, it can be done safely.

A look at boating fatality trends across the country shows that the people who fail to get back alive often make the same mistakes. Avoid those, and a paddling adventure need not turn deadly.

Here are five safety tips to keep in mind.

Wear a life jacket. Thirty-five people died in boating accidents in North Carolina last year, according to that state’s Department of Wildlife Resources. Twenty-nine were not wearing a life jacket and consequently drowned.

That’s not unusual. According to the Coast Guard, drowning was responsible for 76 percent of boating deaths in 2017 nationwide.

Paddlers are even more likely to die that way. One study found 91 percent of canoers and 80 percent of kayakers who die on the water drowned.

Wearing a life jacket is the best, easiest way to avoid that.

“Life jackets should be put on before you enter the boat,” said Maj. Ben Meyer of the North Carolina Wildlife Resources Commission. “Accidents happen fast and there may not be time, even for the strongest swimmers, to put one on in the event of an emergency. Wearing a life jacket can mean the difference between a tragedy and a fun day on the water.”

Pack appropriately and move steadily. When it comes to canoes and kayaks in particular, capsizing and falling overboard are how people most often end up in the water.

So pay heed to the maximum weight capacity of your boat. Don’t put so much weight in it that the gunwales – or top sides — ride perilously close to the surface of the water. Center what weight you do put in it, too, both from front to back and side to side.

And when moving, be sure to maintain three points of contact at all times. Meaning, of your two hands and two feet, three should be touching the boat any time you move about in the boat while it’s on the water.

Leave the alcohol behind. Boating and booze don’t mix. According to the Coast Guard, alcohol is annually the “leading known contributing factor in fatal boating accidents.”

It’s involved in nearly one of every five deaths, in fact.

Get training. Paddlers, especially on moving water, can run into hazards like low head dams, strainers and more. On lakes, they can encounter motor boats and other traffic.

Navigating all of that safely requires understanding the “rules of the road.”

The boater safety training that outlines all of that is widely available and often free. Classes can be completed online, though there are certainly in-person versions, some of which actually involve time on the water.

Find a class close to you at https://www.boat-ed.com/.

Know your limits. Current is a powerful force. So rapids are rated, from Class I — suitable for beginners – up to Class VI – suitable only for the most expert of experts.

Know the water you plan to paddle and match what exists to your skill levels (understanding that the “:class” of a particular rapid can change day to day based on rainfall, snowmelt and the like).

Even then, take along some safety equipment, from a spare paddle to a whistle. Paddle with a friend rather than solo. And file a float plan in advance, so that someone back home knows where and when you expect to be off the water.

Paddling is a great way to explore the outdoors, be it to fish, watch wildlife or just see great country.

But you’ve got to be smart about it.

“Boaters must do all they can to improve their boating safety, whether it’s ensuring they have all of the required safety gear aboard or making better on-water decisions,” said Edmonston.