Blaze pink for hunters spreading, but oh so slowly 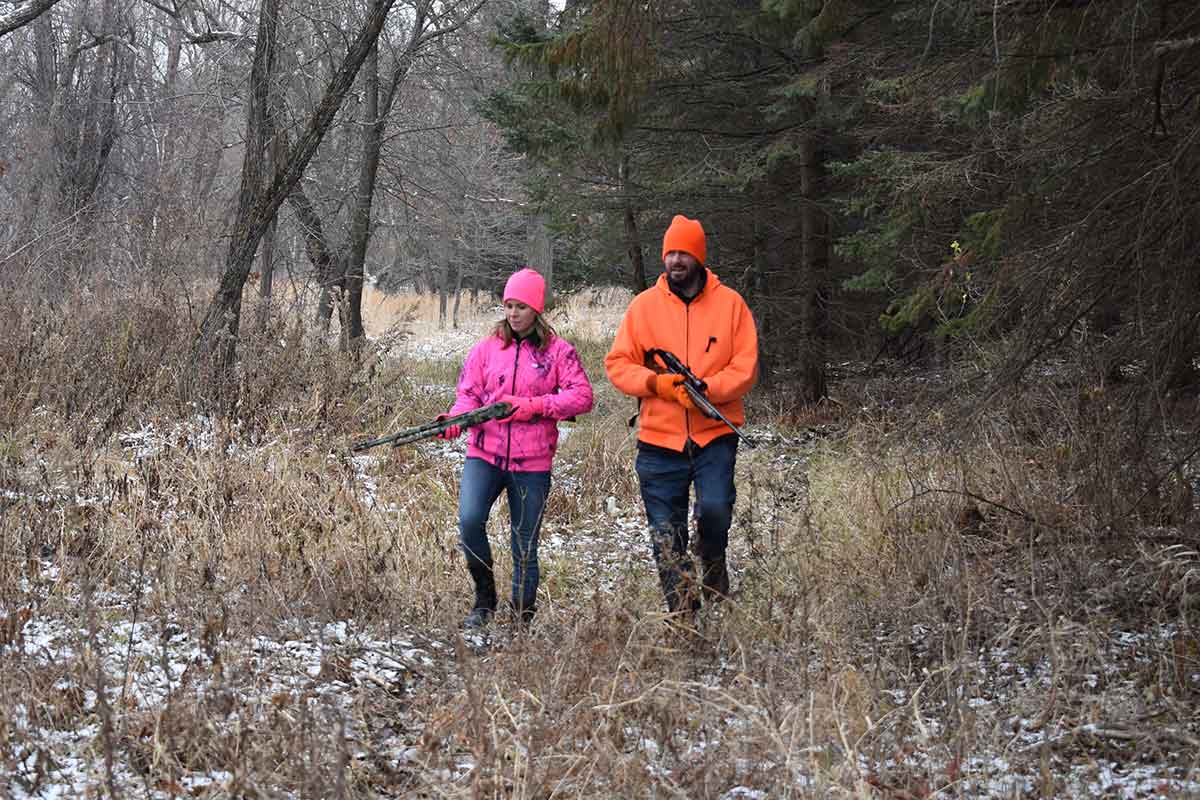 If this is ultimately to be a tidal wave, it’s still far from cresting.

But maybe that’s how things works.

Head into the woods during a big game hunting season these days and, in more places than not, you’ll see men and women sporting orange clothing. At least 40 states require it at least some of the time.

But that’s not how things always were.

For decades, hunters wore black and red plaid suits – “Pennsylvania Tuxedos” was the name given to the Woolrich version, which are iconic enough to be considered museum worthy – or just whatever was warmest.

Then, in 1959, Massachusetts’ Department of Fish and Game spent three months examining the visibility of various colors of clothing under all kinds of weather conditions. It determined orange made hunters stand out best.

The state subsequently adopted the nation’s first orange requirements in 1961. Other states followed suit, albeit slowly, and now “blaze orange” is the norm in the deer woods.

But it’s no longer the only option everywhere.

Wisconsin in 2016 became the first state to give hunters the option to wear “blaze pink” instead. Nine other states have since done the same, with Washington the latest, going that route earlier this year.
Pennsylvania could be next.

Kurt Masser is a Republican state lawmaker there. He sponsored House Bill 2043. It would allow hunter to choose to wear either pink or orange when afield.

The House of Representatives game and fisheries committee just took the bill in for consideration earlier this month. So it’s got a long way to go to become law.

But in a memo sent to his fellow lawmakers, Masser cited three reasons for introducing the legislation.

First, he said, research says that at certain times of year, pink is at least as visible, and sometimes more so, than orange.

That’s based on a preliminary and unpublished study done by Majid Sarmadi, a professor of textile science at the University of Wisconsin-Madison. He wrote in a summary paper that pink is “as safe” as orange.

Second, Masser said, blaze pink is harder for deer to see than blaze orange, given how their eyes work. And third, he added, “pink may appeal more to women and increase their participation in hunting.”

Those are, generally speaking, the same rationales used by lawmakers in other states for giving hunters a pink option.

Few, though, seem to be taking it.

The reaction to pink in Wisconsin has even been at times hostile, said Jon King, hunter education administrator and conservation warden for that state’s Department of Natural Resources. The response from some women has been to say “they have tried to be part of the boys club and now you want me to look pretty in pink,” he noted

The International Hunter Education Association, affiliated with the hunter training programs in all 50 states, isn’t a fan either. Safety is one reason.

It says no “nationally recognized study” has set standards for pink or any color other than orange.

“Absent of any scientific evidence to the contrary, the IHEA-USA reaffirms our recommendation that hunter orange is the most effective color to be worn by hunters in the field to prevent hunting incidents,” it said.

So far, though, pink hasn’t proven dangerous, at least in two states.

“That’s not to say it hasn’t occurred, but if it has it hasn’t been flagged as a reason why something happened,” Albert said.

The same is true in Virginia. It began allowing hunters to wear blaze pink in 2017. According to Virginia Department of Game and Inland Fisheries rules, pink hunting clothes must be bright, solid pink – meaning no camouflage or printed designs – worm on the upper body and visible from 360 degrees.

Spokesman Lee Walker said officials have recorded no accidents involving pink. But its accident forms do not ask whether injured hunters were wearing orange or pink either.

As for the notion that pink draws new hunters to the sport, the International Hunter Education Association doubts that, too. It contends “no qualitative or quantitative research has been conducted to document the influence, positive or negative, of hunter safety color choice on the recruitment, retention, or reactivation of new or existing hunters.”

Certainly the number of hunters opting for pink is small so far.

Walker said his agency highlights it in some outreach efforts, Walker said. And some conservation police officers subsequently report seeing women wearing it.

But, Walker added, the option is still so new it’s hard to determine whether people like it or not.

Whether that’s because there’s no demand or no supply to meet demand is a consideration.

A review of online retailers shows that only a few offer blaze pink hunting clothes. Some of the biggest, like Cabela’s and Bass pro Shops, do not.

So for now at least, for most hunters across the country, orange is still king.

Check this out now: Examining the orange army and more outdoor news

And coming soon: A follow-up on the potential impact of West Nile Virus on wild turkey populations.