Advice on building a fire in the rain 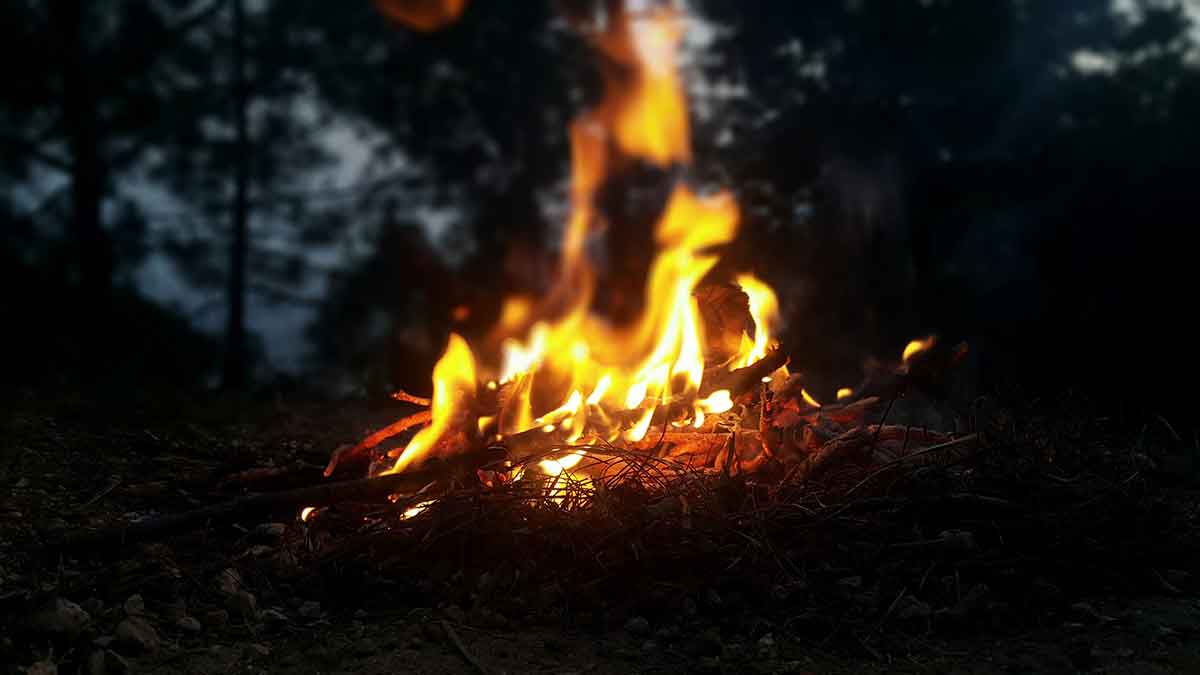 Being able to start a fire in the rain or other poor conditions is hugely important in a survival situation.
Photo: Pixabay

“Isn’t that sort of cheating?”

That’s what a dad asked one time when a few other Scoutmasters and I were teaching a crowd of boys various ways of making fire in wet weather.

One leader was going over how to light a petroleum ball with a ferro rod. Another was demonstrating using matches with homemade wax and lint fire starters. A third had slivers from a pine knot and a windproof lighter.

This father, apparently, found such tools and techniques too modern. He seemingly expected a more caveman-like demonstration in getting flames from rubbing two sticks together.

I get it. Starting a fire that way is an impressive skill. Indeed, it’s flat out dramatic, which is why it’s so often the centerpiece of TV and movie survival scenes.

But let’s be honest.

If you’re in the woods, wet, cold and shivering uncontrollably, maybe with darkness coming on, and with no other way to get warm but from a fire, you’d use a blowtorch to get one rolling if it was available.

And on that front, a fire — however you start it — is a game changer.

Aside from keeping your spirits up, a fire can ward off life-threatening hypothermia. Defined by the Mayo Clinic as “a medical emergency that occurs when your body loses heat faster than it can produce heat, causing a dangerously low body temperature,” it can strike any time of year.

Hunters, hikers, birdwatchers, anyone who roams the woods is potentially susceptible.

So it pays to know how to start a proper blaze.

That’s fairly easy under ideal conditions. But when you need a fire – really need one – and it’s cold and wet, maybe even raining or snowing? Not so much.

Preparation and practice can tip the odds in your favor, though.

With that in mind, here are a half dozen tips for starting a fire in wet weather.

As those scouts were learning, having something on hand – meaning in your pack — that burns readily is a great shortcut.

PET balls, or cotton balls lathered up with petroleum jelly, and char cloth will start with just a spark, so long as you keep them dry until needed. Cardboard egg cartons or paper towel tubes full of sawdust, dryer lint or the like won’t start from just a spark. But they readily take a flame.

Of course, you can buy commercial fire starters, too.

All will burn for several minutes, giving you a little wiggle room for getting things right.

At the very least, do like mountain men did can carry an old, abandoned bird nest, shreds of wild grape vines or pine pitch to serve as tinder.

Having all the tinder in the world doesn’t do you any good if you can’t light it.

Your best bet is to also carry not one, but multiple, forms of ignition. Butane lighters are relatively inexpensive, so throw a couple in your pack. If one isn’t working another probably will.

A ferro, or ferrocerium rod, will throw sparks exceeding 5,000 degrees Fahrenheit and are another great option.

It’s not a bad idea to throw a few wind and waterproof matches in your kit, as well.

None of those are heavy or take up much space. And so long as one works, you are in business.

Building a fire requires tinder, kindling and fuel, in that order. That’s smaller sticks on up to bigger ones.

The trick in the rain is to find any that are dry.

To do that, look first for dead wood that’s up off the ground. That might be broken, dead branches hung up in trees, or even bigger limbs that have one end on the ground, but the other leaning against a tree or brush.

If even that wood seems a bit damp, split it or take your knife and whittle away the outer bark. That will get you down to the drier material beneath.

Finally, wherever you find it, be prepared to gather lots of wood. You’ll be working more than relaxing, but it’s easier to keep a fire going than to start another one.

Find shelter from above and below

What’s the best way to build a fire when it’s raining? Get out of it.

So when deciding where to build your fire, look for places like rock overhangs or tree cover – thick evergreens are good here – that are comparatively dry. They don’t have to block all of the rain or wind, though that would be nice.

But any cover from above is good.

Likewise, stop moisture from getting into your fire from below by building it atop a base.

You’ve seen the log rafts every movie screen island castaway has ever made? Build one of those, then make your fire atop it.

That gets your fire off the ground.

The thing that sinks most fires, especially in wet weather, is building them too flat.

You’re going to need lots of oxygen – from air flow – to get a fire started and keep it going. So simply piling sticks into a heap isn’t going to cut it.

Instead, build a log cabin or teepee fire above and around your fire starter. Having it a foot tall is not too high.

Your structure should start with small twigs – no bigger around than a pencil – closest to the fire source, then get progressively bigger. Take your time building it right. That’s most efficient in the long run.

Then, finally, light it down low, on the windward side, so that the flames from your fire starter ignite the wood around it.

One last piece of advice?

Don’t wait until you’re cold, wet and in trouble to try building a fire in the rain. Practice at home, be it in the fire circle in the back yard, the woods behind the house or somewhere else..

Look for wood and try to light it using the same fire starter and match, lighter or ferro rod you carry in your pack. Wear the same clothes you would when afield, to mimic how warm or cold you might be. Maybe even try doing all that near dusk, which is when most lost hikers realize they’re looking at a night in the woods.

Practice will tell you, like nothing else will, what tools work for you and don’t, what counts as “dry” wood and what doesn’t and what skills you need to work on

And there’s no pressure. If nothing works out, you just walk back into the houses until your next try.