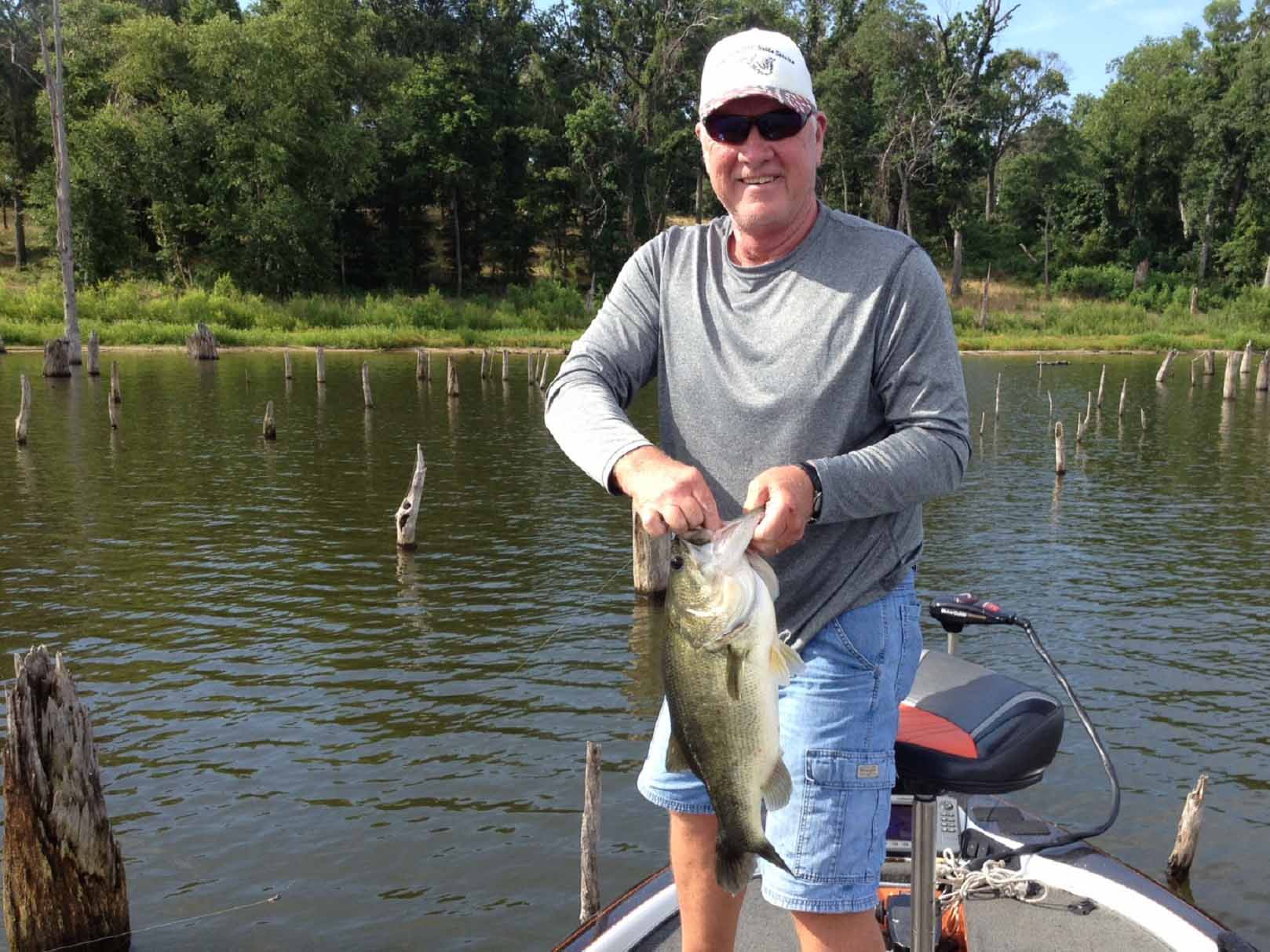 There’s no secret formula for catching fish, nothing that guarantees a finny foe on the end of the line every outing, let alone every cast.

Yet fishing is not all luck either.

Indeed, the folks behind teachinfishin.com swear by an 8-step method for putting more fish in the boat. It’s a system heavy on procedure.

But it’s critical to pay attention to that level of detail, said Dean Cushman, a charter boat captain and instructor.

“It’s the little things that separate a good day from a bad day, or a good fisherman from a great fisherman,” Cushman said.

So what are the 8 steps?

Cushman described them this way at a recent fishing expo. The first three relate to finding fish, the final five to catching them.

He said the steps must be followed, in order, to get the most from them.

The first thing any angler needs to do is put himself or herself in the right spot, meaning the one where the fish are.

You can begin this homework before ever getting on the water, by consulting lake maps, fishing reports, and the like, Cushman said. Time of year and water temperature provide additional clues.

“Look for fish before you put a line in the water,” Cushman said.

This is closely related to location, as game fish tend to populate certain areas at certain times of year.

In spring, fish generally prefer shallower water, Cushman said, since it’s warmer. That can mean water right off the bank or, in deeper lakes, water closer to the surface.

Spawning baitfish also do their thing in shallower water, drawing game fish in with them.

Those fish may go deeper as summer progresses, and fish seek colder water again. So it’s important to target the right depths at the right times, he added.

This is where sonar really comes into play.

Sometimes, Cushman said, fish hold tight to the bottom. In that scenario, jigging might be the best answer, as it puts a bait in front of their faces.

But if they’re suspended higher, he said, especially in open water, chances are they’ll only hit baits on their level or above them.

So determining how deep the fish are is key to knowing which lures or baits to present them.

Predatory fish are programmed to eat, Cushman said. As a result, they sometimes feed even when they’re not hungry.

He compared it to Thanksgiving. Eat a giant meal and, if someone offers you pie while you’re slouched on the couch, you might decline, saying you’re too full. But if someone throws a football at you, unexpectedly, you automatically reach to catch it.

Fish act similarly, he said. They often strike at something that flashes by.

That’s why he generally fishes faster than slower lures.

“A lot of times you can get a reaction strike when you’re not going to get a feeding strike,” he said.

This depends on the size of the bait in the water being fished.

“Size your bait to what the forage base is,” Cushman said.

And, he added, adjust that throughout the year as needed. Early in spring, when baitfish spawn, the young they produce are as small as they’re going to be all year. So Cushman fishes smaller baits then.

As the season goes on, and those baitfish grow, so, too, does the size of his lures. By fall he’s fish bait as big as he will all year.

But Cushman urges giving fish options as necessary. He always has curly-tailed grubs, creature baits and others in different shapes to present, too.

“Do what you’re going to guess is the right, best option. But don’t be so locked into that that you never change,” he said.

Generally speaking, fish are less active in cold water than in warm water, Cushman said. They won’t chase food much until temperatures hit a certain point.

So he runs slower, more subtle lures in colder water, and faster moving, more aggressive ones in warmer water.

But he experiments here, too, until the fish tell him what they want.

This is where many anglers start when choosing baits, Cushman said. They pick up what appeals to them in the store, making color their first priority.

All anglers are superstitious to a degree, he said, and fish colors – and only those colors — they have confidence in.

So while he has colors he prefers, he’s always willing to try something new.

And if Cushman goes through the eight steps, and isn’t catching fish, or fish as numerous and large as he thinks he should?

He works his way back through the eight steps, starting at the bottom and going back to the top until he does.

Finally, there’s one other piece of advice he offers. He recommends keeping a notebook and jotting down down details about where, when and how you caught fish.

He does. And later, when he’s off the water, he goes over those notes. They often offer up more than a few revelations.

“The thing that you’ll start to find is the commonalities,” he said. “There are usually patterns, maybe ones you can’t see at the time you’re fishing because so much is going on. But they are there.

“And they help you do better the next time out.”

Check this out, too: The best time for catching big fish